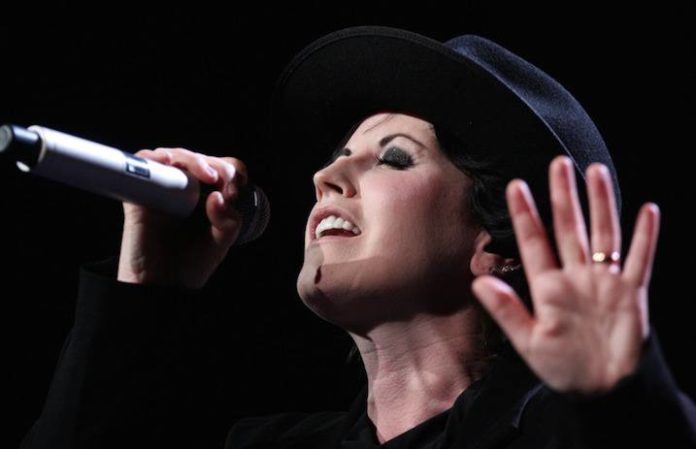 The Cranberries vocalist Dolores O'Riordan was in the early stages of planning the band's next album when she unexpectedly died this month at the age of 46, according to an interview with her longtime bandmate Noel Hogan.

Hogan, the Cranberries' guitarist and co-founder, tells Rolling Stone that he spoke to O'Riordan by phone on Jan. 12, just three days before the Irish singer was found dead in a London hotel room. “She was great,” he says of the pair's chat about a planned March tour and the start of their first studio album in six years. “We spoke about getting back to work.”

O'Riordan, who was in London to contribute vocals to metal band Bad Wolves' version of the Cranberries' “Zombie,” even sent Hogan some song demos by email—intended to be considered for their proposed full-length—on Jan. 14, the day before her death. (Bad Wolves released their “Zombie” cover, sans the Cranberries singer's feature, last week.)

“She he was in a good space,” says label executive Dan Waite, who set up the would-be collaboration with Bad Wolves. “I've seen a few things saying she was depressed, but she was definitely making plans for the week.”

The Cranberries were formed in Ireland in 1989 by Noel Hogan, his brother, bassist Mike Hogan, and drummer Fergal Lawler. O'Riordan replaced original vocalist Niall Quinn in 1990. “Dolores came and sang a few songs,” remembers Hogan. “We were blown away that this small girl from Limerick had such an amazing voice. The fact that she wasn't already in a band was a miracle.”

O'Riordan's addition to the band launched their alt-rock career, beginning with 1993 debut Everybody Else Is Doing It, So Why Can't We? and its hits, “Dreams” and “Linger,” and continuing with 1994's sophomore album No Need To Argue, propelled by its massive lead single, “Zombie.” The Cranberries released three more LPs before breaking up in 2003, and O'Riordan issued two solo albums in 2007 and 2009. They later reunited, releasing their 2012 sixth album, Roses, and last year's “unplugged” hits collection, Something Else.

“Dolores had a lot of things going on in her life over the past 10 years, good and bad,” adds Hogan, possibly referencing the singer's 2014 arrest for attacking a flight attendant and head-butting a police officer. “But what made Dolores connect with people was her honesty. What you saw was what you got.”

O'Riordan's funeral took place in the Cranberries' hometown of Limerick on Tuesday, as reported by TMZ. The singer's cause of death won't be detailed until April, pending a coroner's report as the investigating authorities “await the results of further tests,” as noted by The Independent.