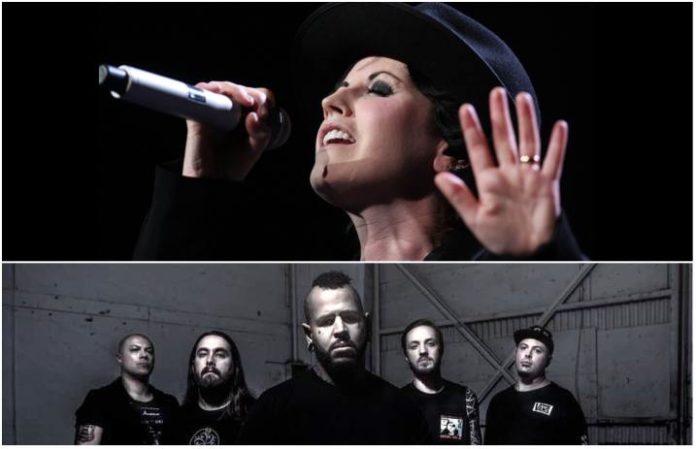 The Cranberries singer Dolores O'Riordan died in London on Monday just hours before she was scheduled to record vocals on a version of her band's 1994 hit “Zombie” by metal act Bad Wolves, according to a statement from the new group featuring former members of God Forbid and Devildriver.

“We are shocked and saddened at the news of Dolores' passing, mere hours before she was to record vocals on our upcoming version of 'Zombie,'” reads a statement from Bad Wolves vocalist Tommy Vext, who previously filled in for frontman Ivan Moody in Five Finger Death Punch. “We have always had deep respect for her as an artist and a vocalist, and she was never afraid to bare her soul in her music and lyrics.” Read the full statement from Bad Wolves below.

The collaboration was set up by Allen Kovac, CEO of Eleven Seven Music and a former manager for the Cranberries. Bad Wolves will release their debut album on Eleven Seven later this year, and Kovac sent their cover of “Zombie” to O'Riordan for consideration. The Cranberries singer offered to lend her vocals to the tune, and the recording session was coordinated through Eleven Seven's international managing director, Dan Waite, another associate of O'Riordan's.

“Dolores left me a voice message just after midnight last night stating how much she loved Bad Wolves' version of 'Zombie,'” says Waite. “She was looking forward to seeing me in the studio and recording vocals. She sounded full of life, was joking and excited to see me and and my wife this week. The news of her passing is devastating.”

“'Zombie' is an incredibly personal song,” adds Vext, “and although we are a hard rock band, we always felt the rawness and honesty she projected on stage and in her recordings was something to which all bands should aspire to, regardless of genre. When we heard she liked our version and wanted to sing on it, it was the greatest compliment a new band—or any band, for that matter—could have received.”

As previously reported, Monday's news of O'Riordan's death mentioned her presence in London for a “short recording session,” now revealed as the would-be “Zombie” collaboration with Bad Wolves. Yesterday, her publicist said that “family members are devastated to hear the news and have requested privacy at this very difficult time.”