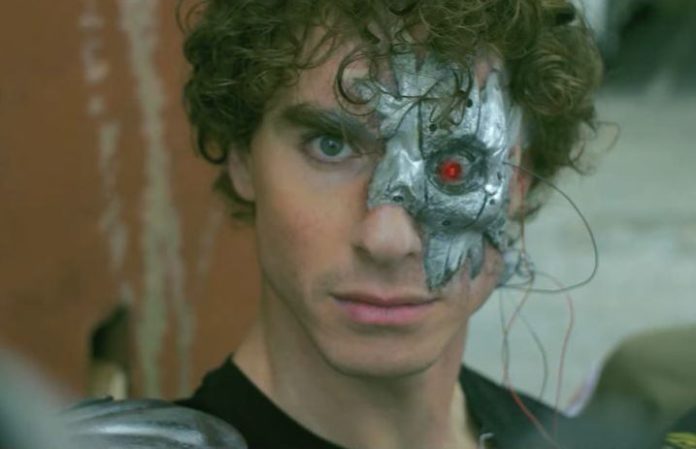 Don Broco have unleashed a mind-blowing new music video that's giving us some serious Terminator vibes for their new song “Come Out To LA.”

The video features frontman Rob Damiani: His “death” at the beginning of the video, and his return as a Terminator-like being until the end when… Yeah, we'll let you watch the video to see what all goes down.

We promise—it's worth watching until the end.

The band's third album, Technology, is due out Feb. 2 via SharpTone Records. On the new album, Damiani says they wanted to push their sound even further.

“The last album felt slick–we made an effort to make it a smooth listening experience, where it was all tucked in nicely,” Damiani explains. “This album, we wanted to do the opposite. Musically, we wanted to make it as abrasive, as angular, as hard-hitting as possible. Deftones and a blend of heavier bands we grew up listening to in our youth are a massive influence on some of the down-tuned nature of the guitar parts, and there’s a lot of minimal modern dance music production. We weren’t afraid with this album.

“It still sounds like Don Broco, and if you’ve heard our last two albums, you’d know it’s us straight away. But from a musical approach, we took it from a very different angle than we have previously.”

And we're stoked to give Technology a listen. (And watch this music video a few more times.)