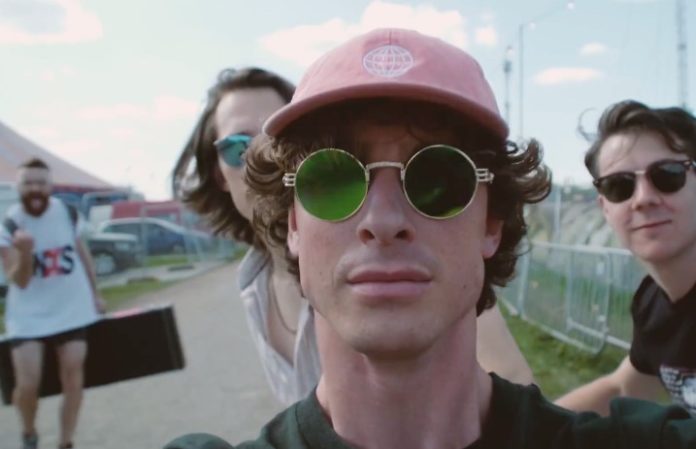 Don Broco have just announced that their third album, Technology, will be released in early 2018 via SharpTone Records. With the announcement, they also dropped their latest single “Stay Ignorant” with a music video!

The video features footage of the band's suprise sets at Reading & Leeds this summer, which had the Pit tent bursting with fans who had cracked the code that the band advertized on the bill under the name “The Prettyboys” was in fact Don Broco.

According to lead singer, Rob Damiani, the lyrics to “Stay Ignorant” were inspired by a Lord Byron quote, “Sorrow is knowledge: they who know the most must mourn the deepest o’er the fatal truth, the Tree of Knowledge is not that of Life.”

Watch the video below!

You can get the song as an instant download when you pre-order Technology now!

The band will be performing an exclusive UK headlining show on November 11 at Alexandra Palace in London, for which fans can upgrade tickets to get soundcheck access. To get tickets, go here.

What do you think of “Stay Ignorant”? Sound off in the comments below!