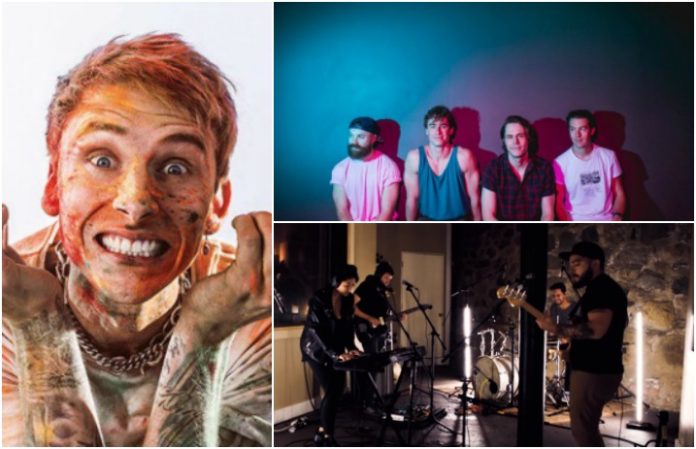 Julien Baker performs with Half Waif and Petal, Wallows announce a Winter tour and Amity Fest II announces their lineup. Check out this and other news you might have missed.

1. Julien Baker sings “Good News” with Petal and Half Waif in NYC

Baker released her album Turn Out The Lights this past Friday, headlining her biggest New York show yet that same night. Half Waif's Nandi Rose Plunkett and Petal's Kiley Lotz joined Baker for an incredible version of “Good News” from her 2015 debut Sprained Ankle.

The artwork for Don Broco's upcoming album Technology has finally surfaced! The band also released a new track from the album on BBC titled “T-Shirt Song” which you can check out below. The song kicks in about four minutes in! The album drops Feb 2 and you can pre-order your copy here.

OWEL have announced they will be teaming up with Equal Vision Records to release a live album from Audio Pilot Studios. The band released their first video in an upcoming series of Live From Audio Pilot Studios performance videos, so be sure to check out “Too Young To Fall In Love” below!

It looks like Wallows will be heading out on their very first tour this Winter! Be sure to catch them at one of the dates below, and purchase your tickets here.

MGK announced his Double XXMAS Show at the Wolstein Center in Cleveland, Ohio on Dec 22. This show marks MGK's first headlining arena show in his career! Tickets go on sale this Friday, Nov 3 and can be purchased via Ticketmaster, Wolsteincenter.com or the Wolstein Center Box Office. 6. Amity Fest II announces lineup for show benefiting A Voice For The Innocent

Amity Fest II will be taking place Jan 27, with all proceeds going to A Voice For The Innocent to help victims of sexual abuse and assault. This year's lineup includes bands such as Handguns. Light Years, Mallory Run, heyohwell, the Weekend Classic and more! Ticket packages can be purchased here and you can RSVP to the event via their Facebook event page.