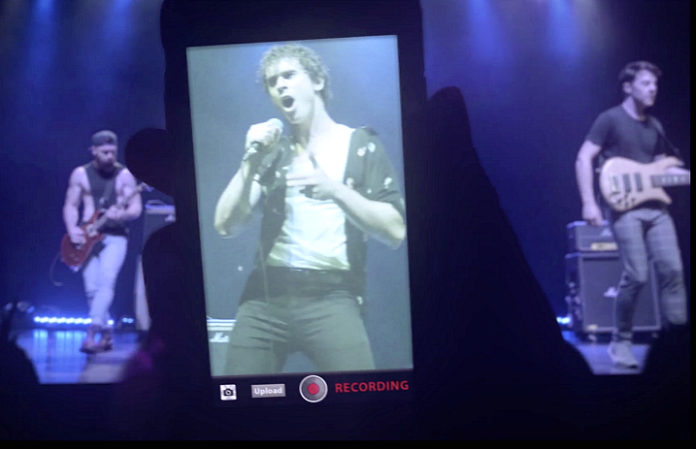 Read more: That Don Broco wedding turned out to be a really weird, f*cked up music video—watch

Their new video is all about the way we are so addicted to our phones that we may not even notice an alien invasion.

“We’re all addicted to our phones, so for the video we thought it would be fun to see if an alien invasion was enough for us to put the phones down for a minute… turns out it’s not,” frontman Rob Damiani says.

“The song is about a casual swipe through Instagram that ended up in me unfollowing a load of mates. In reality my friends are not vain, self-obsessed, PDA-loving show-offs so I'm blaming social media and the habitual nature of sharing every waking moment of your life online.”

Plus, fans will be able to immerse themselves in the “Technology” experience with the interactive release of Technology – The Video Game through the band’s site, as well as IOS and Android app stores, explaining that fans can play as Don Broco’s Rob Damiani (vocals), Matt Donnelly (drums), Simon Delaney (guitar) or Tom Doyle (bass) as they fight their way out of Alexandra Palace and into the streets of London while shooting invading aliens. Though it's not available yet, we can’t wait to give this game a go.

In the meantime, watch their thrilling video for “Technology” below:

What are your thoughts on Don Broco’s new song? Let us know in the comments below!