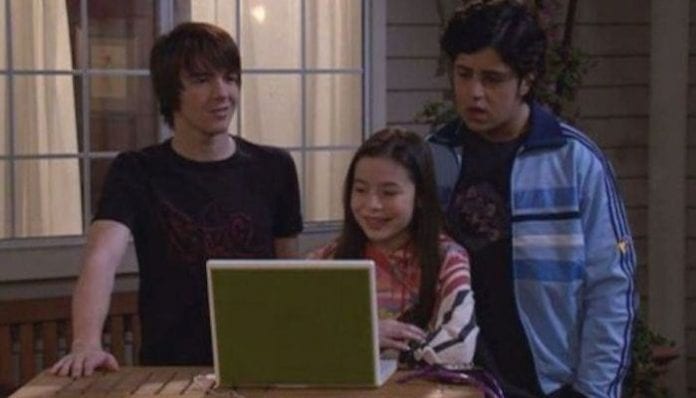 Earlier this month rumors began to surface of a potential Drake & Josh reunion, leaving fans screaming “HUG ME, BROTHA!” at the top of their lungs. Unfortunately, it looks like the potential for our beloved Nickelodeon reunion was short-lived as Drake & Josh star Josh Peck confirms the duo’s new project is NOT a reboot.

Hitting us right where it hurts.

Peck spoke to ET‘s kid correspondent, Devin Trey Campbell, at the 2019 Kids’ Choice Awards where he confirmed that the new project will not be a reboot.

“I wouldn’t call it a reboot. I think it’s just an opportunity for Drake and I to be working together again. Obviously we love each other and we were able to make such an impact on people [with Drake & Josh], so any chance to do something dope together, it’s really exciting for me.”

We can’t wait to see what our dynamic duo are cooking up!

According to E! News, Drake Bell also confirmed that he and Josh Peck are working together. Bell revealed the news on the iHeartRadio Music Awards red carpet.

“Well, not exactly Drake & Josh, but Josh and I have been talking,” Bell says. “He’s come up with some cool ideas. And, yeah, I can’t really go into exactly what we’re doing, but it’s going to be really cool and exciting. I’m really excited to do it.”

Following that, Bell reiterates that whatever the pair are working on, it isn’t a Drake & Josh reboot. However, he assures fans that it may be even more exciting.

“Neither of us want to do a reboot,” Bell says. “It had to be something cool, it has to be something creative, so, no, honestly I never thought that we would be coming back… I think we’ve come up with something that’s a little bit more creative and a little more exciting.”

What do you think Bell and Peck could be working on? Sound off in the comments below!