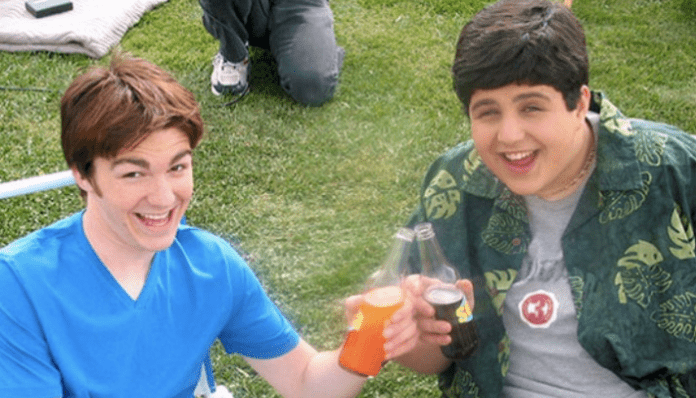 It may have been 11 years since the classic Nickelodeon TV show Drake & Josh ended, but that doesn’t mean fans aren’t still clamoring for more of the duo.

If you’re one of the faithful fans out there who couldn’t get enough of their unique brand of comedy, there’s some potential good news around the corner: It appears the two were recently spotted together outside the Viacom building in Los Angeles. Put two and two together and you’ll realize why that’s significant. One, Viacom is the home of Nickelodeon. Two, they apparently weren’t just meeting up for some coffee.

According to JustJared, who spotted the duo, It appears they could have been in the middle of a business meeting. As far as what they were discussing, that’s anyone’s guess – but we want to believe it had something to do with the revival of one of Nickelodeon’s most iconic duos.

It’s not like there haven’t been rumblings of a reunion and some sort of reboot for the show in the past before. Previously, Drake Bell spoke to Hollywood Life about a potential reboot, enthusiastically noting that’s absolutely on board.

“I loved it, and it was a great time. Yeah, I was going through my adolescence and my teen years and, obviously, there were our ups and downs, but man, I’d go back in a second,” he says.

“There was something special about the show. I am in touch with everybody on the show!” he gushes. That obviously means the possibility of some sort of reunion is at the very least on the table if the castmates are friendly and our two frontmen are obviously still in communication.

We’ve also seen Drake and Josh’s co-stars Miranda Cosgrove and Josh Peck reunite in the past before, as Josh found himself spending time with his darling “little sister” Megan in a clip by YouTuber David Dobrik, who brought the two together for a fun skit. It was their first reunion in four years, and fans went wild over it.

Previously, Drake and Josh also met up again in the FOX comedy series Grandfathered in 2015, which starred Josh Peck. Drake appeared on an episode of the show as tech investor Kirk, which was an exciting moment for fans as well.

It seems every time the two pair up, fans start talking – we miss them! We can’t wait to see them on our TV together again, and this reboot absolutely needs to happen.

Of course, a clandestine meeting outside the Nickelodeon offices doesn’t exactly confirm that a reboot is on its way, but it sure does bode well for Drake and Josh fans across the globe. Hopefully additional details are on their way soon. We’ll make sure you know something as soon as we do.