Drake Bell and Josh Peck have given us all the nostalgia we could’ve asked for by reacting to old videos of them on Drake & Josh, The Amanda Show and more.

Peck invited Bell on his YouTube channel to react to their “cringiest” moments in a video. The video now has more than 3 million views.

“From Amanda Show all the way to adulthood, Drake and I take a power walk down memory lane and revisit everything cringey we’ve ever done. Discomfort never looked this cute!” the caption to the video reads.

They make fun of each other’s early acting gigs before they were the duo we know and love. When it came to bits from the Amanda Show and Drake & Josh, they gave some behind the scenes insight on what was improvised and what was going on behind set during the shoots.

The two also made fun of how dumb Bell’s character was on Drake & Josh at the time.

“You couldn’t live on your own,” Peck joked.

The two still thought that many of the bits on the shows are still funny today. And we can only agree with that as they had us dying laughing during the video. They are still one of the most iconic duos of the 2000s.

“It was a power walk down memory lane,” Peck said at the end of the video“we’re experienced things together. … we’ve had a history. The people, they’ve enjoyed it”

Bell added that it was “nerve wracking” to see but that he loved the experience of watching it all again with his friend by his side.

Last summer, Bell broke our hearts when he revealed that the house that served as the backdrop for Drake & Josh was gone forever. We also learned last year that we’ve been singing the Drake & Josh theme song wrong for years, so that was big news.

What do you think of Drake and Josh’s trip down memory lane? Sound off in the comments! 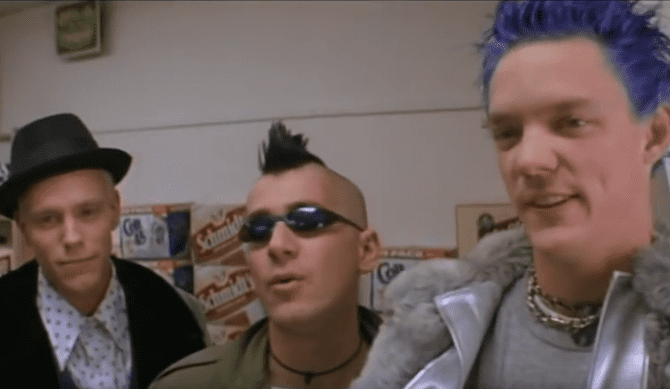