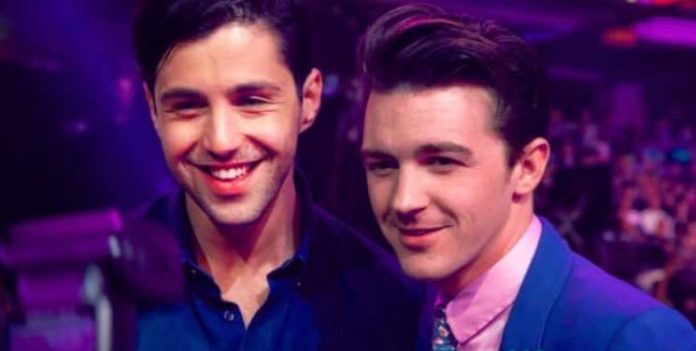 Our childhoods were crushed when the great Drake vs Josh feud took over social media. The iconic duo had captured our hearts during the 2000's Nickelodeon show Drake and Josh and had long since remained this untouchable, brotherly duo that were the friendship goals we strived for. So when we watched this relationship crumble before our very eyes—so did our childhoods.

But have no fear my fellow Drake and Josh fans, all has been forgiven!

Drake Bell spoke in a recent interview with Entertainment Tonight about the wedding fiasco, and the rivalries that come with those brotherly relationships.

“You know, it's like sibling rivalry for a minute,” Bell told ET. “But no, I mean we've gone through every up and down that you can think of that two guys can go through. I mean, we've done our 18 hour days on set and it's, 'What are you doing afterwards?'…'Going to your house and watching movies and playing video games,' even though we've spent all day together. And then there's other times where I'm only speaking dialogue to him. You know? It's like, 'Nope, sorry, I don't wanna talk, I don't wanna.' It's just what brothers go through, what best friends [go through] and it's the yin and yang of brotherly love.”

The former Nickelodeon star even chimed in about his since-deleted tweets on the matter.

“Yeah, I said the ties are cut or whatever, but I should have just texted that to him, you know. I was just being cranky.”

The two have talked since then, finally managing to clear the air—and our hearts couldn't be fuller.

“It is what it is dude. I love the kid. I would work with him until I'm 80 years, you know. I wanna make Grumpy Old Men with the guy. I wanna make The Odd Couple when we're old, you know? So no hard feelings, It's just when you've been so close to somebody for so long, I mean, there's just certain things that you know, 'Hey why'd you do that? C'mon man.'”

When asked about a Drake and Josh reunion in the near future, Drake doesn't rule out the possibility.

How would you feel about a Drake and Josh reunion? Let us know in the comments below!