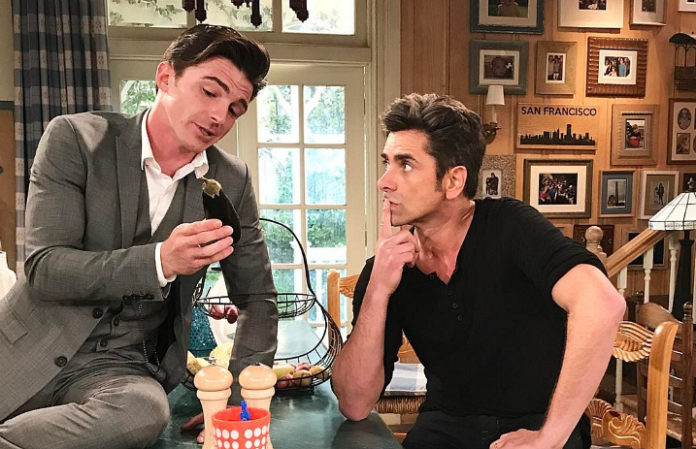 There’s nothing more than we love seeing our favorite TV shows collide, and that’s the case when Drake & Josh’s Drake Bell showed up on the set of Fuller House and casually hung out with Uncle Jesse (aka John Stamos).

It’s truly a television dream come true. Check out the photos below!

Our television-loving hearts are hoping Bell makes a guest appearance on Season 3 of Fuller House, and with photos of him on set, our hopes are high.

Besides the mysterious eggplant, we do have to agree with Uncle Jesse’s caption when we ask: Where’s Josh?

And Bell documented his on-set hangout with Stamos, teasing both that he directed an episode—and that there should be a new show called Drake & John, which would be quite the show.

We’re just anxiously waiting until season 3 of Fuller House debuts, and it’s supposed to be all about “summer fun” Candace Cameron Bure told E! News at the Kids Choice Awards. The Today Show reports that the new season is set to have 18 episodes, while the first two seasons boasted only 13.

How excited are you for a return of Fuller House and (hopefully) an appearance from Drake Bell? Let us know in the comments below!