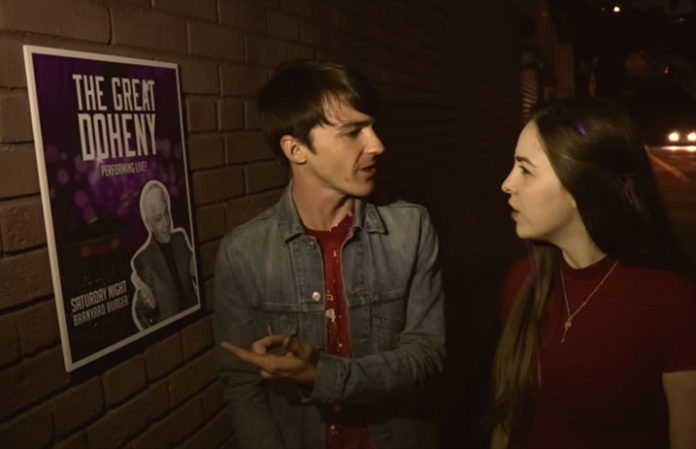 Following Drake Parker’s desperate plea to help find Walter, the internet is still using the hashtag #WheresWalter because somehow Walter is still missing. Drake and Josh’s closest friends have teamed up to locate him, but with no avail.

The search is on, and this time Drake brought back the Great Doheny to see if magic could bring back Walter. (Hint: There’s no such luck. But there is a Big Time Rush reference…)

The Great Doheny “forgets” that he crashed at their place, and when he tries to bring back Walter, accidentally brings back Gustavo from Big Time Rush. Oops?

And in his most recent video, he brought back Clayton (Josh Sussman) who attempts to get help from UCLA students who are less than thrilled. (Don't worry, we can't understand why they wouldn't want to help find a missing person either!)

And Drake's already called on a few of the show’s favorites to help find Walter—like Helen (Yvette Nicole Brown) who, of course, still blames everything on Josh. (And still has her little crush on Drake… Don't we all though.)

“When things go awry, I just always blame Josh,” she says. “It's usually him.”

And THE Foam Finger Guy (Fred Stoller)—who we find out is now technically Bobblehead Guy—who’s handing out posters (and calling “Cops, Cops!”) in an effort to locate Walter.

And, of course, Drake’s mom Audrey (Nancy Sullivan) has jumped in on the search, who’s worried because it’s getting cold out there.

Who do we think is to blame? Megan, of course.

Jonathan Goldstein, who plays Walter, also posted a photo on his Instagram with the #WheresWalter logo, captioning, “Brace yourselves.”

Do you think there's going to be a Drake & Josh reunion? Let us know in the comments!