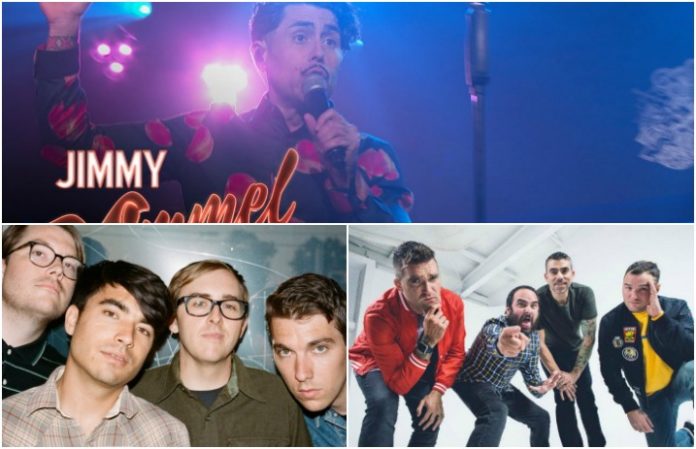 AFI debuted some of their new tracks on Jimmy Kimmel Live!, and Joyce Manor dropped a new track from the special Polyvinyl Singles release. Here's the news you might have missed today.

Read more: A Day To Remember to headline High Elevation Festival and other news you might have missed today

Dreamcar, made up of members from No Doubt and AFI, took the stage on Jimmy Kimmel Live! to perform two of their new singles.

Watch “Kill For Candy” and “All Of The Dead Girls” below, and grab the band's self-titled debut May 12.

Standing for “never be the same again,” “NBTSA” comes from Joyce Manor's contribution to the Polyvinyl single series, which sees the record label send a cassette recorder to a band, who then records two songs and passes it along to another artist.

New Found Glory are partnering with Urban Outfitters for a Makes Me Sick album release event in Los Angeles.

There will be a full-band performance, complimentary beverages and exclusive merch.

“Shutdown” is culled from their forthcoming album <shutdown.exe>.