Dropkick Murphys are getting ready to celebrate a major milestone in their career. On Apr. 30, they are releasing their 10th studio album Turn Up That Dial.

Now, Dropkick Murphys are offering another taste of the forthcoming LP with their rebellious new single “Middle Finger.”

So far, Dropkick Murphys have already offered a few glimpses into Turn Up That Dial. Last year, the band debuted “I Wish You Were Here,” “Smash Shit Up” and “Mick Jones Nicked My Pudding,” all of which appear on their forthcoming LP.

Now, Dropkick Murphys are reminiscing about their younger days in their rebellious new single “Middle Finger.” On the new track, Al Barr sings the tongue-in-cheek lyrics all about learning from the mistakes you made when you were younger.

“Thinking of my younger days, I made things a lot harder for myself than they needed to be,” Ken Casey says. “And still pay for some of those mistakes now.”

For Dropkick Murphys, this 10th studio album holds a lot of meaning for them. Ultimately, Casey hopes Turn Up That Dial will help listeners through the difficult times they may be experiencing.

Read more: You can join Billie Eilish for the premiere of her documentary—here’s how

“On this record, the overall theme is the importance of music, and the bands that made us who we are,” Casey says. “We just hope [the album] takes people’s minds off their troubles. We’re so fortunate and grateful to be in the position to share a little happiness in our own way. Our gratitude levels are off the chart. 25 years ago, somebody bet me 30 bucks I couldn’t form a band with three weeks’ notice to open for his band. As kids, we’d never been out of New England and here we are – we’ve made ten records and have been all over the globe. If there’s a message to this album, it’s ‘put your fist up and play it loud.’”

Turn Up That Dial arrives on Apr. 30 via Born & Bred Records.

The best part? The virtual event is completely FREE. Rather than sell tickets, Dropkick Murphys are asking fans who tune into the livestream to donate what they can. The majority of the proceeds will go towards the band’s employees while a small portion will be donated to charity.

“Instead of charging for tickets, we’re going to ‘pass the virtual hat’ so you can donate what you’d like to help support us in our efforts to keep paying our employees,” Casey says. “When we did the first two free live streams for charity, our fans were super generous and we raised lots of money for good causes. But frankly, we’ve been out of work for over a year, so this one, we’ve gotta make [it] about us. Of course, a portion will also go to charity, as always!”

Those who donate before or during the stream will see their names appear on-screen while Dropkick Murphys are performing. Dropkick Murphys are playing a completely socially-distant show on an arena-sized stage with a full LED screen and new video show directed by the band’s longtime friend Josh Adams of Mindpool Live.

For the 2nd year in a row, we’ll be playing a March 17 show in Boston…beamed to your living room!!

ST. PATRICKS DAY LIVE STREAM 2021…STILL LOCKED DOWN will be FREE thanks to our friends at @pega & by YOU!! Read More: https://t.co/8anDdBgErf pic.twitter.com/5POCO5jc88 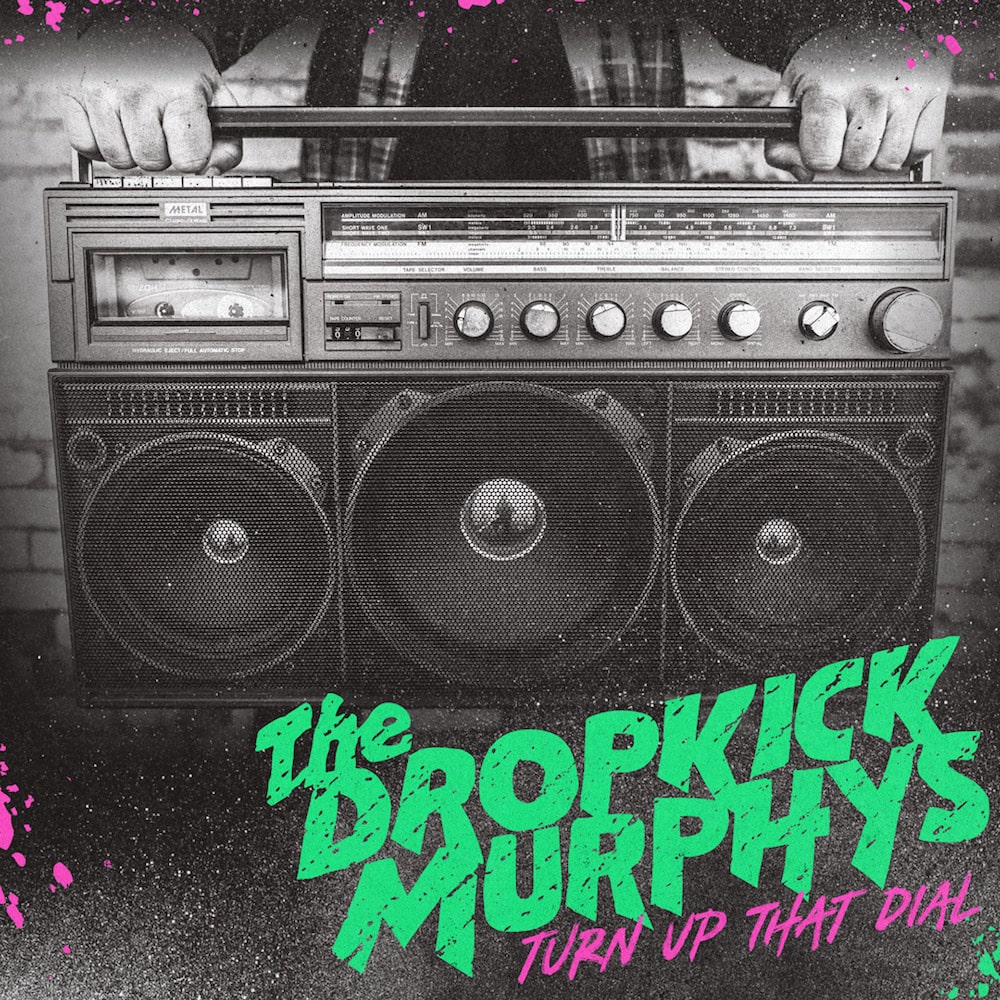 Turn Up That Dial Tracklisting:

What are your reactions to Dropkick Murphys’ new album? Are you going to tune in for their St. Patrick’s Day livestream event? Let us know in the comments below.