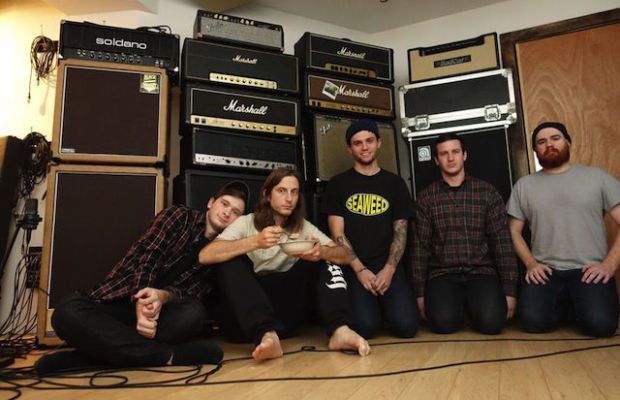 New York alternative noise band Drug Church have announced their full-length follow-up to 2013's Paul Walker. Titled Hit Your Head, the new effort will be released through No Sleep Records on October 30. Pre-orders are available now on vinyl, CD and digitally. The album's heavy lead single, “Green Like Me” is streaming below, via Noisey. Let us know what you think.