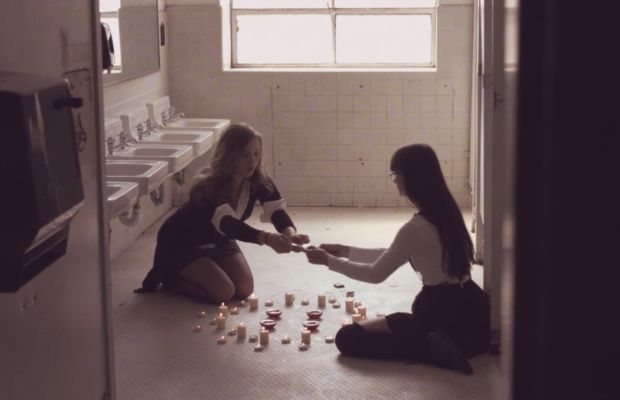 New York alt-hardcore band Drug Church are gearing up to release their full-length follow-up to 2013's Paul Walker. Titled Hit Your Head, the new effort will be released through No Sleep Records on October 30, and today, the band is sharing another taste of the album following its lead single that surfaced earlier this month. You can watch the Max Moore-directed video, inspired by 1996's The Craft, below via A.V. Club.

Of the video, vocalist Patrick Kindlon says, “Couldn’t get the rights to The Craft to produce an official sequel, so we’re just gonna have to call this homage. Like those movies you see in Redbox with names like Jurassic World War, or Mad Dax: Roads of Fury. Regardless, here’s the lesson you can pull from the original film and our tribute: Magic works. Get in on some arcane ritual and make your revenge dreams a reality.”

Pre-orders for Hit Your Head are available now through No Sleep Records.