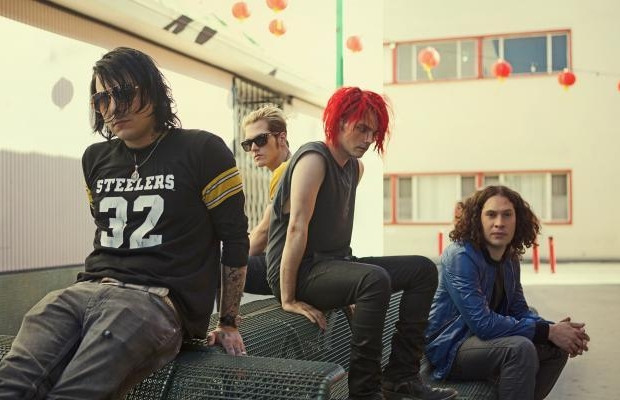 Mike Pedicone, who has been My Chemical Romance's touring drummer since Bob Bryar left in 2010, is out of the band. In a statement posted to MyChemicalRomance.com, guitarist Frank Iero states:

Some shit happened last night and before the blogosphere gets all crazy with false statements and ridiculous opinions we want the true story to come from us… But please listen close because this is the only time we are ever going to talk about this. The relationship between My Chemical Romance and Michael Pedicone is over. He was caught red handed stealing from the band and confessed to police after our show last night in Auburn, Washington. We are heartbroken and sick to our stomachs over this entire situation. The band has no intention of pressing charges or taking this matter any further than we have to. We just want him out of our lives. The people who play in this band are a family, and family should not take advantage of each other like he did. We are currently moving forward, and hope to have a new drummer in place for our show in Salt Lake City, Utah. The show must go on.

Less than an hour ago, Pedicone tweeted:

What happened is more complicated than it sounds but I did make a mistake. It was never my intention to hurt this band or all of you.

Ten minutes ago, he tweeted this:

It was an error in judgement based on a whole other situation that's way deeper but this does not define me.