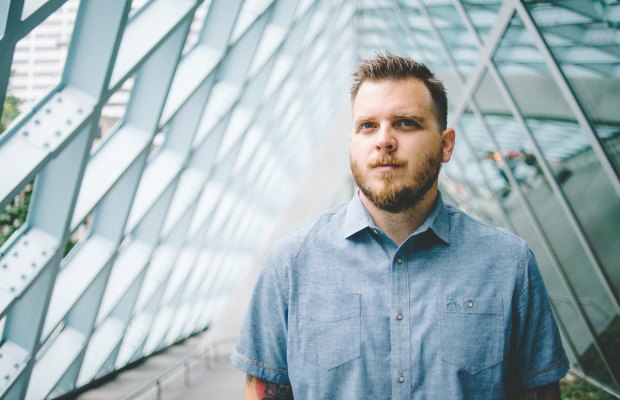 Dustin Kensrue (frontman of post-hardcore outfit Thrice) has premiered the lead single from his upcoming sophomore solo album, Carry The Fire, titled “Back To Back.” Give it a listen below and leave us a comment with your thoughts!

Read more: It looks like Thrice are coming back in 2015

Carry The Fire, which is set for release on April 21 via Staple Records/Vagrant Records. will follow up Kensrue's 2007 solo debut, Please Come Home. He recently commented on the impending record:

Recording right now is for me the end of a long distilling process. I always have bits and pieces of songs that are bouncing around in my head. I usually record them and listen back later, and most of the time I can’t remember why I even bothered to record them in the first place. But then there are the tunes that stick – the ones I find running over and over through my head, demanding to be finished. Begging for a home. The most persistent of these tunes from the past 8 years are what I’m busy recording right now, and there’s nothing I’d rather be doing.