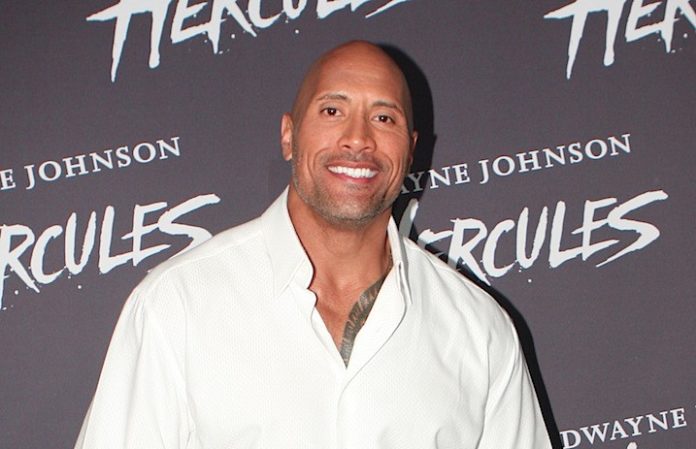 Dwayne “The Rock” Johnson is opening up about his battle with depression. The actor and wrestler recently shared a moving Instagram post in which he recalls witnessing his mother attempt suicide, and he tells of the personal mental health struggles that followed—read it down below.

“Struggle and pain is real,” Johnson says, according the The Daily Express (and picked up by NME). “I was devastated and depressed. I reached a point where I didn't want to do a thing or go anywhere. I was crying constantly.”

The Jumanji: Welcome To The Jungle star is referring to a harrowing moment in his young life when he reportedly saved his mom from the aforementioned suicide attempt. As detailed in the Instagram caption, Johnson says he “got lucky that day” in avoiding the early death of his parent.

The Rock's post reads, “My mom tried to check out when I was 15. She got outta the car on Interstate 65 in Nashville and walked into oncoming traffic. Big rigs and cars swerving outta the way not to hit her. I grabbed her and pulled her back on the gravel shoulder of the road.”

Johnson was apparently reminded of the near-fatal moment while filming a scene for his drama-comedy TV series Ballers, and the performer stresses the need to look out for others who are experiencing depression.

“We always gotta do our best to really pay attention when people are in pain,” he continues. “Help 'em thru it, get 'em talkin' about the struggle and remind 'em that they're not alone.” See the rest of The Rock's post here:

Not your typical scene on our comedy #ballers, as I cracked a beer open toasting my character’s brother, William who committed suicide. Got me thinkin’ though bout how many of us have been affected by suicide of our friends, family. Struggle and pain is real. We’ve all been there on some level or another. My mom tried to check out when I was 15. She got outta the car on Interstate 65 in Nashville and walked into oncoming traffic. Big rigs and cars swerving outta the way not to hit her. I grabbed her and pulled her back on the gravel shoulder of the road. What’s crazy about that suicide attempt is to this day, she has no recollection of it whatsoever. Probably best she doesn’t. Shits of a scene to shoot – didn’t like it – but it did reminder that we always gotta do our best to really pay attention when people are in pain. Help ‘em thru it, get ‘em talkin’ about the struggle and remind ‘em that they’re not alone. We got lucky that day when I was 15 and that ain’t always the case.

If you or someone you know is struggling with depression, there is help to be found. Please consider these online resources and talk to your doctor about your symptoms:
• MentalHealth.gov – Get Immediate Help
• ImAlive – Online Crisis Network
• International Association For Suicide Prevention – Resources
• The Anxiety And Depression Association Of America
• The National Alliance On Mental Illness
• American Psychiatric Association – Finding Help
• National Institute Of Mental Health
• American Psychological Association – Psychologist locator