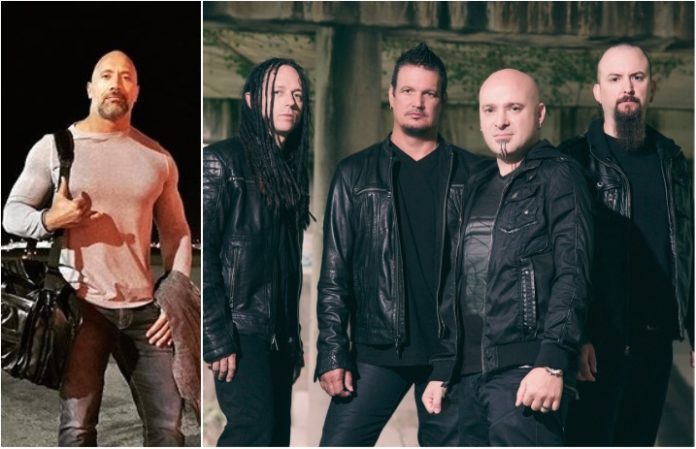 Are you “Down With The Sickness“? Well, apparently, Dwayne “The Rock” Johnson is! The wrester-turned-actor revealed his love for pumping iron to Chicago-based rockers Disturbed in an Instagram post, followed by the band exchanging pleasantries with The Rock via Twitter. See it below.

It all started on Wednesday when Johnson shared a clip of himself working out to—what else?—”Down With The Sickness.” Disturbed picked up on this rockin’ display of fitness, tweeting that it was “pretty bad-ass seeing The Rock listening to our song… for some early morning inspiration!”

Johnson doubled-down on the Disturbed fervor in his reply to the band, admitting that he’s “been a ‘Disturbed one’ for quite some time, boys. Thank you for the motivation. Keep killin’.” That’s right—can you smell what The Rock is cooking? ‘Cause it’s the sickness, my fam. Ooh-wah-ah-ah-ah!

Pretty badass seeing @therock listening to our song Down with the Sickness for some early morning inspiration! #disturbed #therockadisturbedone #banginandclangin #getyourswellon �������� pic.twitter.com/ikdiPqihoU

I’ve been a “Disturbed one” for quite some time boys. Thank you for the motivation. Keep killin’. #ClanginAndBangin #DownWithTheSickness #ProjectRock @UnderArmour https://t.co/wuqa9CrsK9

Much respect brother! We are fans of yours as well! Open invitation to you, anytime you want to come see us play! https://t.co/UgCVN05nLp