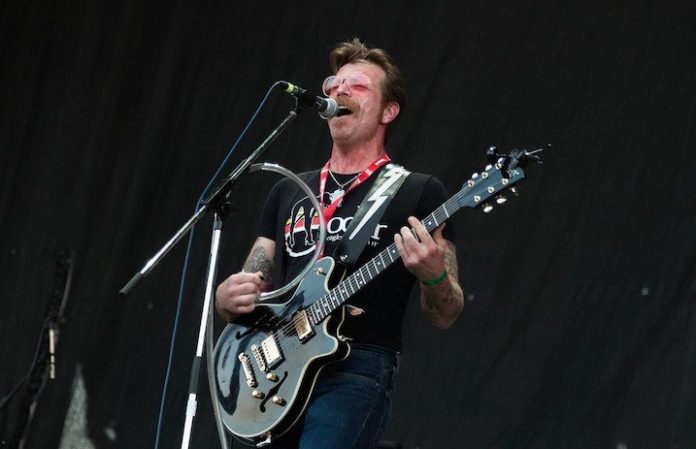 Eagles Of Death Metal's Jesse Hughes has apologized for his “mean-spirited and personal attack” against the March For Our Lives supporters last week.

As previously reported, Hughes called the March For Our Lives protest “pathetic” in a series of social media posts that have since been deleted.

Today, he posted an apology video on Instagram saying he intended to make a statement “about the hijacking by any side of the aisle of the beautiful agenda of a movement of our nation’s youth,” but it “came off seeming like a mean-spirited and personal attack and slight of the youth themselves.”

“I wanna be clear, I never intended for that to happen,” Hughes added. “I was not attempting to impugn the youth of America and this beautiful thing that they accomplished. I truly am sorry, I did not mean to hurt anyone or cause any harm.”

Hughes is a survivor of gun violence himself, Eagles of Death Metal on stage during the 2015 Paris attacks during which 89 people were murdered at the Bataclan Theatre.

“As someone who’s watched their friends shot in front of their eyes and seen people killed that they love, I should have handled this a lot more maturely and responsibly, and I did not do that and I messed up,” he said to close the apology. “And I hope that you’re able to forgive me but please know that I did not mean to do what it seems like it was I was doing.”

Watch the full apology video below: