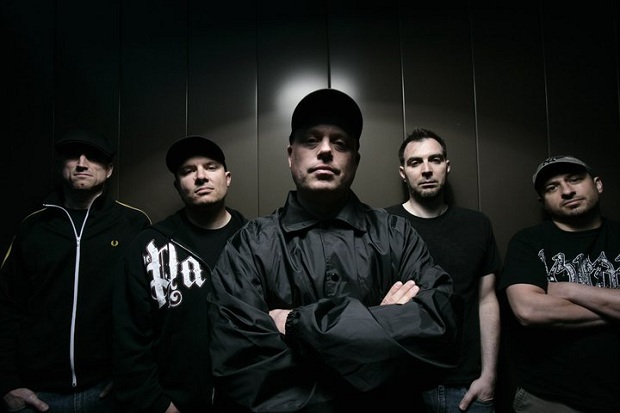 Syracuse, NY's Earth Crisis have announced The Discipline, a four-song EP to be released on May 19, 2015 via Bullet Tooth. The track listing will inlude two re-recorded tracks from their crushing debut LP, Destroy The Machines, which turns twenty this year, and two re-recorded demos from the '90s that were never released. Guitarist Scott Crouse went into further detail:

“We think the songs on Destroy The Machines are still strong, and relevant, two decades later. We have always wanted to re-record them, and figured the 20 year anniversary of the album was a fitting occasion. Our intention isn’t to erase the original versions, just offer another version we feel will offer the power and clarity the songs deserve.  We also decided to record two songs we demoed years ago because they’re great and people need to hear them! “Behind The Mask” and “Time Of Strife” are timeless and we think ExC fans will love them.”

Pre-orders on seven-inch vinyl and CD are forthcoming from the label.