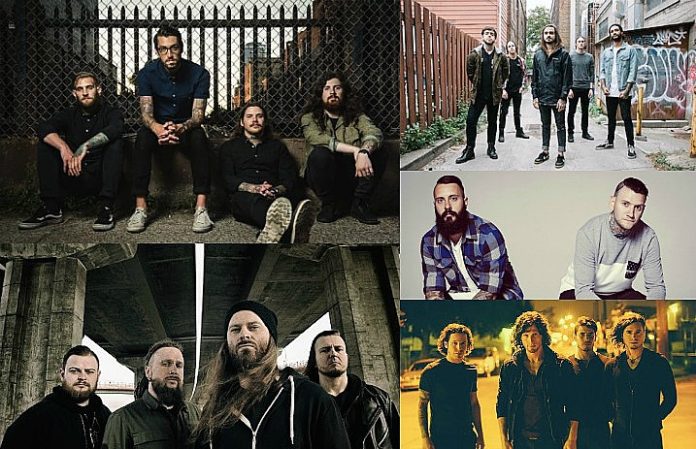 Watch new music videos from The Devil Wears Prada and American Opera—plus, don’t miss tours from Nothing More and Like Moths To Flames. Check out the news you might have missed today below!

1. This Wild Life are holding a contest in which YOU can have the opportunity to sing on stage!

This Wild Life will be offering fans a chance to come on stage and sing their new song “Let Go” on this summer's upcoming tour.

The duo will need a guest vocalist for each show of the tour, and you can enter by posting a video of you singing the song's bridge on Instagram, and then including the hashtag and band's handle along with your city in your post.

Full details can be found in the post below, with This Wild Life's tour dates listed underneath the announcement.

2. The Devil Wears Prada released their new video for “Worldwide!”

TDWP have enlisted their friend Casey Pierce to direct his third video for the band, as they've released the production for their song “Worldwide” today via Metal Hammer Germany.

Lead singer Mike Hranica them, “This 'Worldwide' video has been many months in the making. The video was directed by Casey Pierce, his third for our band.  We think very highly of Casey and how he can execute what he and I come up with for a treatment. The chorus feels very modern, which is one of the primary principles we wanted in the video. How far Casey has come along is most evident; it's hard to believe that the world he created all came from his own hands.”

Watch the new music video from the Devil Wears Prada below, and check out their remaining European tour dates as well.

3. Echosmith have shared a delightful cover of Paramore's “Hard Times!”

As a part of their #MusicMonday posts on Twitter, Echosmith have re-done a charming acoustic mini-cover of the new Paramore song, “Hard Times.” Give it a watch right here!

You guys requested #HardTimes by @Paramore like crazy! Here’s a lil something for your #MusicMonday �� What should we do next?! pic.twitter.com/zyR4Y035IN

4. Music Midtown has shared their lineup for the 17th edition of the festival.

Atlanta's Music Midtown festival will take place September 16 and 17 in Piedmont Park downtown, and the lineup features a handful of names from our scene!

Blink-182, Weezer, Collective Soul, PVRIS, and Circa Waves are a few bands from our scene who have landed on the bill alongside a lot of industry heavyweights.

Tickets go on sale this Friday at 10 a.m. Check out the full lineup below.

5. Decapitated have put out a new music video for “Earth Scar.”

The Polish headbangers have debuted their second single from their upcoming album Anticult, with a video to go with.

Anitcult will make its way out through Nuclear Blast on July 7, and Decapitated will be on tour this summer with Thy Art Is Murder and Fallujah.

Enjoy the video for “Earth Scar” below, which was directed by Dariusz Szermanowicz.

6. Touché Amoré have announced a North American run in September!

Heading out for their first headlining run in three years, Touché Amoré will bring along Single Mothers and Gauge Away for an extensive fall tour.

Tickets will go on sale this Friday, and a full list of dates can be viewed below.

7. Like Moths To Flames will be playing their debut album in full on tour this summer.

Like Moths To Flames will be performing When We Don't Exist in its entirety at eight summer headlining shows.

Tickets for the dates will be available Friday as usual, and the full list of tour stops are available in the announcement here.

8. Nothing More have previewed a new single ahead of a newly announced tour!

Nothing More will be heading out on tour with As Lions, My Ticket Home, and Hell Or Highwater this fall, and they are also teasing a new single with a tour trailer!

The North American tour will travel to an extensive amount of cities, and will begin in September. VIP packages are on sale now, with regular admission taking place Friday locally at 10 a.m.

See the full touring schedule and trailer for The Stories We Tell Ourselves run below.

9. And finally today, American Opera are streaming a new single in anticipation to their debut release.

Commenting on the video, Bee says, “”Sidewalks” is about two lost souls fumbling their way through life. Two complete strangers who walk the same streets, looking for the same thing, but they never find it because they are too scared, too lost, too hurt, too far gone. The help they need, the people they need, everything they need is right there in front of them. They just can't see it because they are blinded by life. They live in their own worlds that are the result of every moment, every interaction, every fleeting thought they have ever had. They are blinded by their own shit. They can't see each other.”