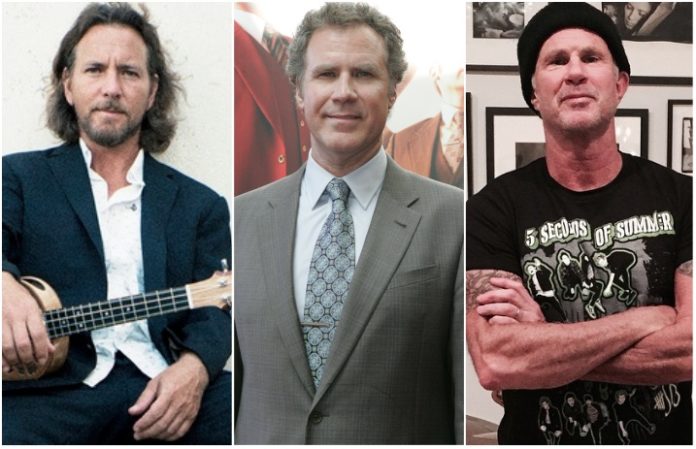 Will Ferrell joined an all-star group of musicians onstage for a Depeche Mode cover at Monday's One Classy Night benefit in Seattle. Watch the actor and comedian get down with Pearl Jam's Eddie Vedder and Mike McCready, Red Hot Chili Peppers' Chad Smith and a few other performers below.

Read more: Chad Smith has words with Will Ferrell heckler

Grooving to the music with a throwback Saturday Night Live-style cowbell in hand, Ferrell burst onto stage while Vedder, McCready and his musician look-alike Smith burned through an impassioned version of the 1989 hit “Personal Jesus” at the concert benefiting scholarship recipients of Cancer For College, a nonprofit that assists low-income cancer survivors with school tuition. As reported by Rolling Stone, the collaborative, charity-minded live tune also featured lead vocals from singer Brandi Carlile as well as additional musicianship from Dave Matthews Band's Stefan Lessard.

Watch the clip here as Ferrell opens the festivities with a hilarious mic check before introducing Vedder as a “local, homegrown kid”—the SNL alum starts wandering around the stage with his cowbell at about the three-minute mark: