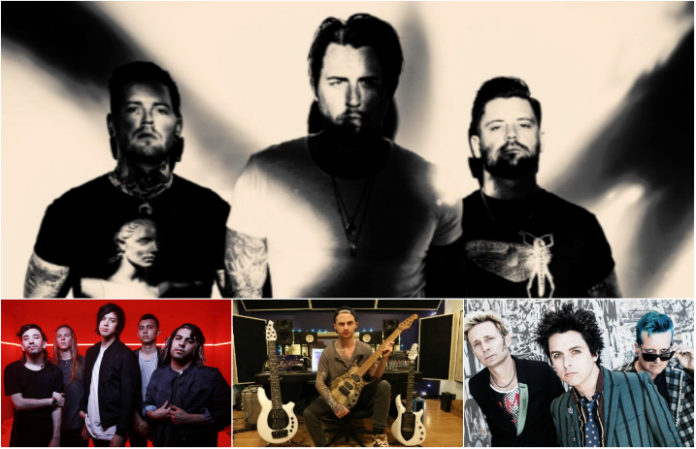 We have new music from Eighteen Visions, Jason Richardson and Luke Holland are heading on tour and Misfits are teaming up with Obey to release a limited edition print.

Read more: 311 drop “Too Much To Think” music video and other news you might have missed yesterday

Eighteen Visions release new single, “The Disease, The Decline and The Wasted Time”

This new song is the third single off their highly anticipated album XVIII. Listen to “Oath” here and “Crucified” here, along with preordering the new album here.

Green Bay's punk documentary Turn It Around: The Story of East Bay Punk debut an official trailer and poster

A synopsis of the movie reads:

“Turn It Around: The Story of East Bay Punk explores Northern California’s pivotal role in evolution of punk rock—the loud, intense and anti-authoritarian philosophy of music and politics that arose in the late 1970s. Early San Francisco Bay Area punk pioneers like Dead Kennedys, Avengers, and Flipper, as well as the MaximumRocknRoll fanzine, helped take the punk underground global.”

Jason Richardson is heading on a headlining tour with Luke Holland

“I am insanely turbo excited to be out playing all of these songs,” Richardson said. “Luke and I are going to be playing almost the entire album every night! Seriously, I can't wait to meet all of the fans and bring the best show possible. Neither of us thought we'd ever being touring off this album, so to be doing a headliner almost a year later is very humbling and we're gonna bring the sickest show possible.”

They'll be joined by The Reign of Kindo and Stolas.

Vocalist Albert Gonzalez commented on the song saying, “This track is one of our favorites off the record that we feel is a good example of how far we have come as a band. The song is about having a “ride or die” and the struggle of complicated relationships. Hoping that person you love is willing to fight for you and stand by you till the end.”

These two amazing prints are limited to 450, and will be on sale May 30 at 1 p.m. EST at the Misfits Online Fiend Store and Obey Giant Online.