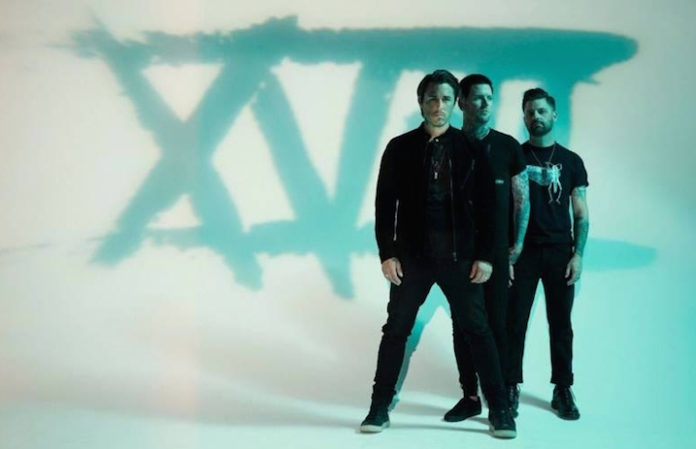 Eighteen Visions are back with a new song from their first album in over a decade. Hear “Cruficied” below!

Premiered over at Loudwire, the blistering new tune is the opening track from the band's upcoming record. The album, entitled XVIII, will be the first new 18V full-length since their eponymous 2006 release—it's due out on June 2 from Rise Records. Pre-orders are available here.

Portions of “Crucified” were previously heard in an online teaser from the band, as 18V guitarist Keith Barney tells Loudwire.

“At the point when this track came together, we had about six songs completed and everything was just super heavy. Musically, I was feeling like we really needed something super fast and totally unexpected. We hadn’t written anything that fast since the Vanity record, I think. The breakdown ended up being the first little teaser for the record on our Instagram and everyone lost their shit. So we’re super psyched to have everyone hear the entire thing now.”

Eighteen Visions take the stage (after ten years away) for the XVIII release show on June 2 at the Observatory in Orange County, CA. Get tickets here.