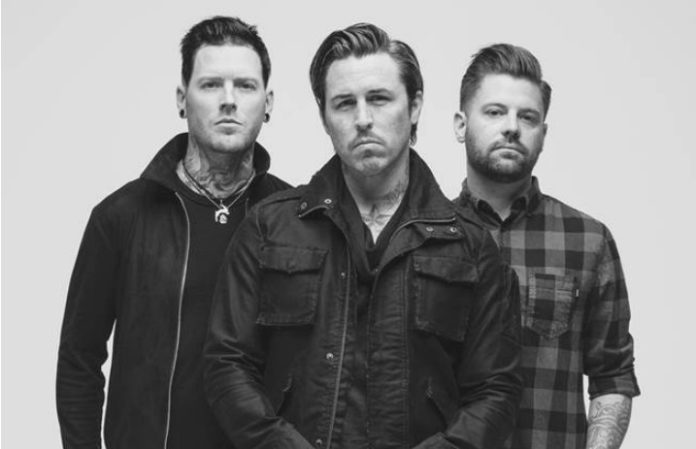 Eighteen Visions promised us that on “April 20th, there will be three major announcements,” and they definitely weren't kidding, as the band has announced they've signed to Rise Records, a new album and even debuted a new song for us to jam to.

Listen to “Oath” below and find out when you'll be able to pick up their long-awaited sixth album.

We've been speculating about Eighteen Visions return since early February when three of the band members—James Hart, Keith Barney and Trevor Friedrich—began teasing the return of the Orange County, CA-based metal band on Instagram.

Producer Mick Kenney posted on Instagram on Feb. 8 that he's “stoked to be producing this album” along with tagging the band in the post.

That post was soon deleted after being posted causing us all to ask the same question, “What is going on?” Some of Kenney's work includes producing several Anaal Nathrakh albums along with producing Motionless in White's 2012 release Infamous.

On April 17, it seemed all but official that Eighteen Visions was coming back as the band dropped a new teaser along with promising three big announcements on Thursday.

And finally the countdown is over and we couldn't be more psyched to hear Eighteen Visions announce their first new album in over ten years. XVIII will be released on June 2 through Rise Records. One track we're definitely excited to hear is “Live Again” which is a tribute to the late Mick Morris. Morris was the bassist of Eighteen Visions for seven years but unfortunately passed away due to a pre-existing heart condition in 2013.

Eighteen Visions is ready to show the world that they're back with a vengeance as they've returned with a killer new single that we'll be listening to all day. Check out “Oath” below!

But with these two dope announcements, how could the third even compete? But it turns out the third announcement might be our favorite that the band made today as it was announced that Eighteen Visions would be taking the stage for the first time in ten years for a record release show at The Observatory in their hometown of Orange County, CA. Check out tickets for what's sure to be an amazing show here.

You can preorder XVIII here along with some amazing bundles. After seeing these bundles, you're truly going to want them all.

What do you think of Eighteen Visions return? Let us know in the comments!