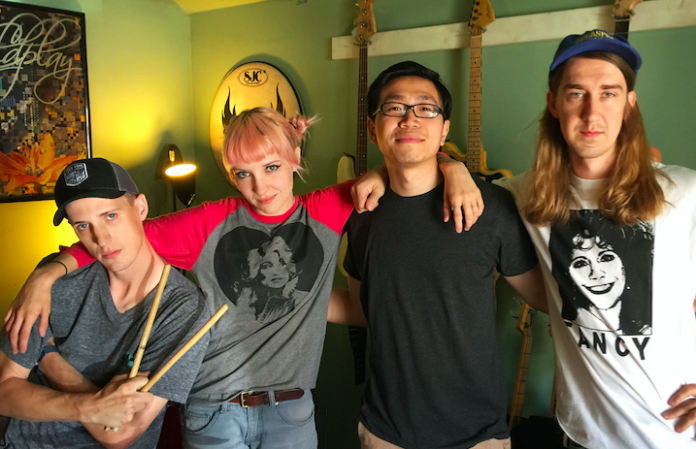 Rejoice Eisley fans: the band are finally back in the studio recording their new album with producer Will Yip (also credited for Circa Survive, Balance & Composure, Lauryn Hill).

This will be the first Eisley record with vocalist/guitarist Sherri DuPree-Bemis as the primary writer and frontwoman. Check out what she had to say about the news below.

“One of the things I told Will when we had our first phone call to discuss this album was 'I have no goal for this record except to make something that I’m proud of and love with all my heart.' I sincerely believe that is what we’re doing,” says DuPree-Bemis. “Besides being a musical genius, Will is a longtime Eisley fan and really knows our back catalogue and is genuinely excited about working with us. And it's equally as exciting for us to be working with him as we are huge fans of him and his work.”

“I think that dynamic really inspires us all when we're working in the studio. Making a record can be super intense, so it's really beneficial to the project when every person involved is inspired,” she continues. “We are all SO thrilled to be here right now – you can feel it and hear it in the songs.”

On the sound of the new record, DuPree-Bemis says, “Musically, you could say it's classic Eisley, in the sense that it’s melodic, moody pop and is written from the heart. Lyrically, it’s very whimsical; it has a vibe that will take you into its own world and let you escape your normal life for a few minutes. I like to cloak things in a little mystery and romance; I think it’s part of what makes all of Eisley’s songs sound like they’re from the same world. Every record is like opening and reading a book in a series.”

“We’ve been through a lot together as a family, as a band and individually. But somehow, throughout all of the changes we've been through, including some members no longer touring or writing on the new album, we never lost site of why Eisley started in the first place. It has always been about our love for music, our love for each other, being able to share our gifts, being vulnerable and loving people through our music,” includes DuPree-Bemis.

Eisley released their last album, Currents, in May 2013 via Equal Vision Records.