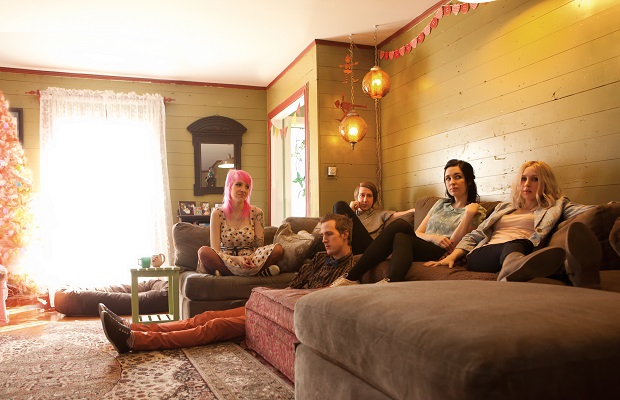 Eisley have launched a Kickstarter campaign in hopes of raising $100,000 to fund their upcoming U.S., U.K., and Australian tours. The tours will be in support of the band's new album, Currents. Some of the incentives include handwritten lyric sheets, an exclusive Kickstarter EP, a custom Larose guitar, and more. Check out some excerpts from Eisley's Kickstarter below.

“We have ambitious plans for touring in 2013 and beyond. We expect this upcoming album to be our most successful record yet, and we want to be able to play in front of every single person that will to listen to us. This includes all of our fans in the U.S., as well satisfying relentless requests for us to play for our fans overseas. Specifically, we will be supporting Say Anything on their Rarities Tour this Summer (See dates). But, this is going to be more difficult than ever, since we not only have to support ourselves on these tours, but we have four beautiful new mouths to feed, safely transport, and care for. This means we no longer have the luxury of being able to suck it up, hop in a 15-passenger van and have a care-free, fun time with you all on the road. Our future, which we want to spend with you, requires the use of safer, but more expensive means of transportation.

Most of these costs fall directly on us, Eisley’s band members. We adore spending time on the road with you guys, meeting our amazing fans, as well as spending years of our lives creating music for you. That’s why we want your help to make sure that we can tour on this album as much, and to as many places as possible! This project will help fund all of our touring efforts for our upcoming album, until our next record is released.”

The campaign will run through May 20. Additional details and the full list of incentives can be found here. Currents will be released on May 28. Pre-orders are on sale now.