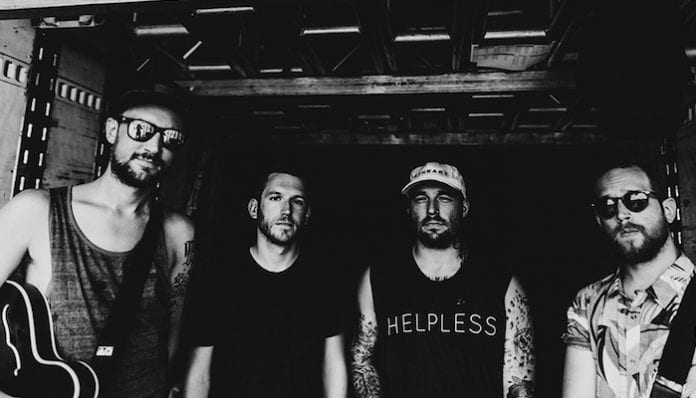 Emarosa announced their new album Peach Club will be released Feb. 2019 via Hopeless Records. The band aren’t revealing its tracklisting or further details at this time.

They posted the album’s cover, a woman with a cigarette, with the caption “Welcome to the club.”

Read more: All That Remains guitarist Oli Herbert dies at 44

Welcome to the club. 2019. pic.twitter.com/YvXeZXAa8b

Frontman Bradley Walden also posted about the record announcement, offering up a bit more on its impending release.

“I’m going to obsess over this album,” he says in a tweet. “I have been obsessing over this album for over a year now, which is when we started recording it. It’s crazy to think that you all know it’s coming now. I don’t even know how to process everything that comes with this.”

i’m going to obsess over this album, I have been obsessing over this album for over a year now. which is when we started recording it. It’s crazy to think that you all know it’s coming now. I don’t even know how to process everything that comes with this.https://t.co/gruTRKBOg9 pic.twitter.com/yIlNxEuzYH

The band announced a limited preorder, consisting of 100 bundles—half on CD and half on vinyl. The bundles include a hand-numbered screen print inspired by the album’s artwork, a gold enamel pin, a physical copy of the record and the full digital album.

There will also be an instant track download, which is still to be determined and will be sent at a later date. The album’s exact release date isn’t posted, but it will begin shipping around Feb. 1, 2019 according to the product’s description.

Only 100 made. Club Member Bundle.

Walden announced the album was “100 percent finished” in July. He also revealed it’s “scary” and will be 11 tracks long. We also know that it will be much different than past Emarosa tracks.

yes in all ways

Peach Club is the followup to Emarosa’s 2016 full-length 131. At the time of publication, the vinyl bundle is sold out, but you can check out the CD bundle here.