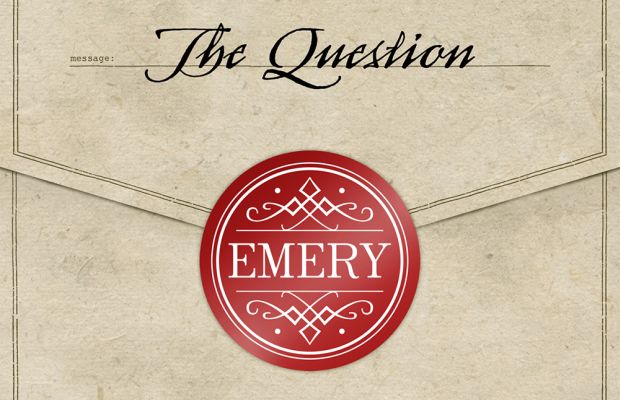 Emery's second full-length album and scene staple—2005's The Question—which held such gems as “So Cold I Could See My Breath” and “Studying Politics,” has never been released on vinyl as other efforts from the band's catalog have. Today, however, it's been noticed that Amazon has a vinyl LP listing for The Question with a release date of October 16 and a price currently at $23.98. Bullmoose also has a pre-order listing up on their site with a slightly lower price point. No artwork is shown at either location but fans are already expressing their hope for packaging similar to that of the album's original CD release with a fold-over jacket and wax stamp-like sticker. Following a brief tour in celebration of the album's 10-year anniversary, a vinyl release is really no surprise given the currently popularity of the format, but for many, the news is exciting nonetheless.

You can revisit the decade-old The Question below. Emery's most recent album, You Were Never Alone, is available now, also with vinyl options.