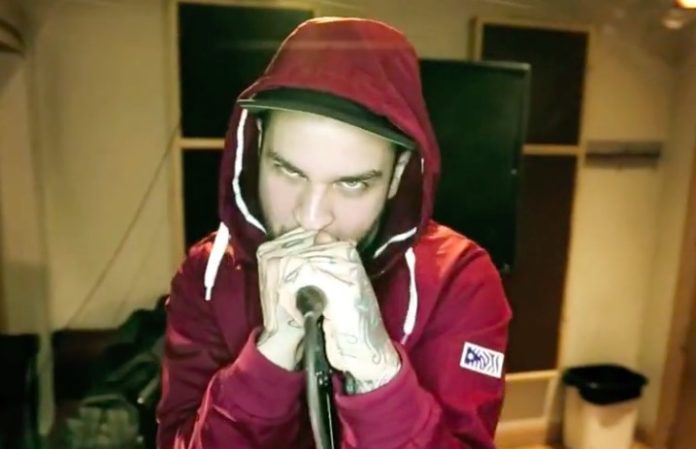 After all members of the band Emmure other than lead vocalist Frankie Palmeri quit, Palmeri promised that Emmure would still continue on.

Read more: Frankie Palmeri releases statement: “This is not the end of Emmure”

Now, the band has confirmed their new lineup via Facebook. Palmeri will be joined by Phil Lockett on bass, Josh Travis on guitar and Josh Miller on drums. Travis and Miller are both of the band Glass Cloud, whose lineup has been in flux for a while.

Travis was also a member of the The Tony Danza Tapdance Extravaganza, and Miller was a one-time studio member for  Glass Cloud in 2014. Glass Cloud's vocalist, Jerry Roush, fronted Sky Eats Airplane. In 2010, Roush was the initial replacement for Austin Carlile in Of Mice & Men before Carlile rejoined. Now that Josh Travis has signed on with Emmure, Roush is assumed to be the only remaining member of Glass Cloud.

Check out the posts below. The new lineup is slated for a European tour at the end of April.

Watch more: A day in the life of Emmure’s Frankie Palmeri