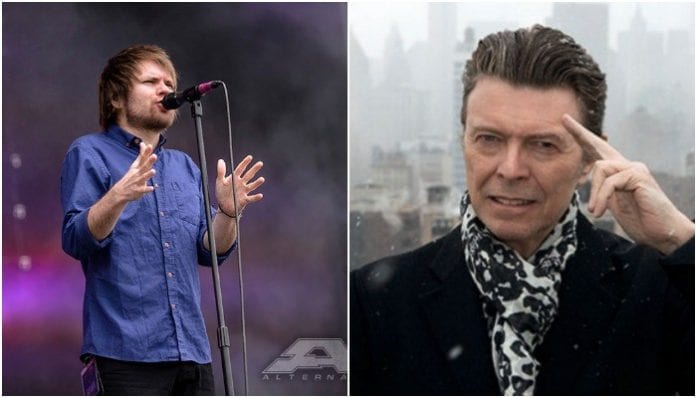 Enter Shikari frontman Rou Reynolds honored David Bowie at the band’s Sheffield stop on Thursday, Jan. 10. While kicking off their Stop The Clocks tour with Palaye Royale, Reynolds celebrated Bowie’s life on the third anniversary of his death.

According to RockSound, Reynolds played “Heroes” to begin the band’s encore performance.

“The band, like many other bands, wouldn’t be here without David Bowie and his inspiration,” Reynolds says before he played the song.

Watch the sentimental performance of “Heroes” below.

As previously reported, the band recently released Content, a photozine and live album project. You can get your copy here.

Enter Shikari are currently on massive UK tour with Palaye Royale and Black Peaks. Additionally, As It Is will play a handful of dates on the European leg. Check out a list of upcoming UK dates below and grab your tickets here.

What do you think of Reynold’s rendition of “Heroes?” Sound off in the comments below.