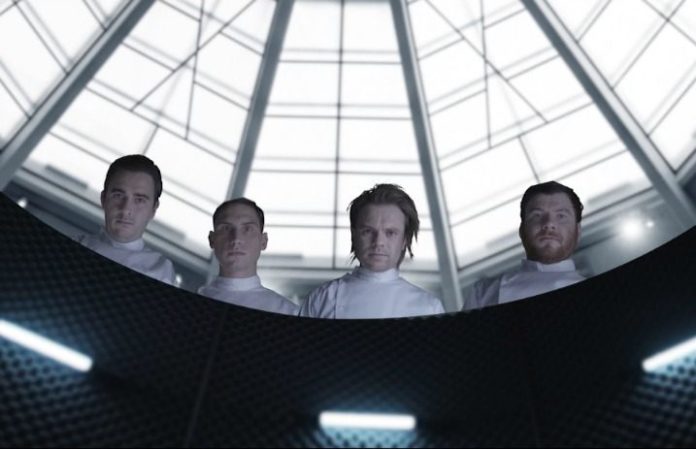 Enter Shikari have debuted a video for the song “Rabble Rouser,” taken from the band’s forthcoming album The Spark, set to be released September 22.

The video has the vibe of a classic '80s futuristic movie and we can't get enough. Check it out below!

The band’s forthcoming, fifth studio album is Shikari’s most melodic and personal album to date, and it’s meant to be a record for everyone who’s filled with frustration at the troubles going on in the world around us—but hasn’t lost the capacity for hope.

“The spark is a new connection, a new beginning,” frontman Rou Reynolds says. “It can be short and insignificant, but it can create something so significant. The spark is that light at the end of the tunnel—when everything seems to be falling apart, but you’re able to see some sort of path out of the dark.”

Watch the band’s new music video for “Rabble Rouser” below:

And don't forget to check out Enter Shikari's European tour dates below!

What do you think of Enter Shikari's futuristic video? Sound off in the comments below!