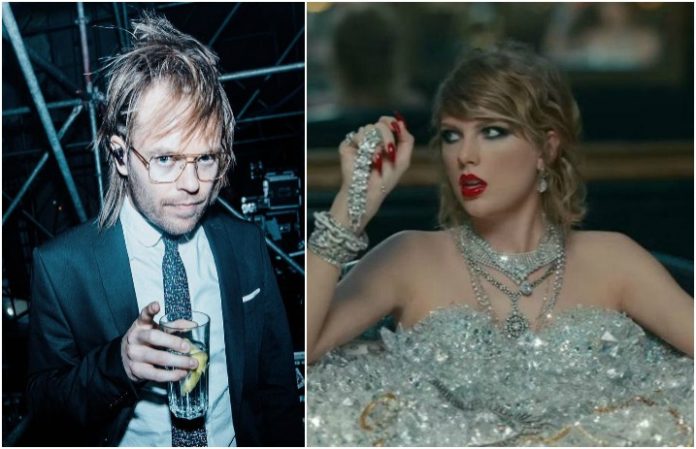 Enter Shikari frontman Rou Reynolds is speaking out against Taylor Swift's latest Ticketmaster sales plan, a program in which prospective ticket buyers can advance their virtual spot in line by participating in various “boost activities” like pre-ordering the singer's new album Reputation.

Calling Tay's Ticketmaster scheme an exercise in “profit over people,” Reynolds clearly isn't happy with the unfair connotations implied by the superstar's latest ticket buying program. See what Reynolds has to say below.

As previously reported by AP, Ticketmaster's Verified Fan plan is presented as a way to “beat the bots” and stave off the ticket scalpers who often acquire prime concert tickets before the general public has a shot. The program has reportedly been used by Paramore and Twenty One Pilots, and allows fans the option to bundle certain items with their ticket purchase.

However, the spin on Ticketmaster's new Taylor Swift Tix procedure is drawing criticism for its seeming malfeasance. Fans who pre-register will be sent a code to purchase tickets, and from there, they'll be able to participate in the aforementioned “boost activities” to “improve their place in line.” Registered buyers can bump up their place in line by doing things such as posting about the album on social media or joining Swift's mailing list, both offering a small boost.

But the biggest boost comes from the additional purchase of Taylor Swift merchandise, including buying her new album up to 13 times a day (from 13 different retailers), or snagging official Reputation merchandise.

Enter Shikari's Reynolds took to Twitter on Tuesday to proclaim the scheme, “profit over people, commerce over connection, accumulation over art.” Clearly, one could see how T-Swizzle's tix plan apparently favors the almighty dollar over altruistically offering fans a real shot at better tickets.

“The most sickening thing,” says Reynolds, “is that this ultra-capitalistic exploitation of fans is beneath a veneer of morality—stopping ticket bots.” Read the rest of Reynold's tweets about Taylor Swift Tix here:

The most sickening thing is that this ultra-capitalistic exploitation of fans is beneath a veneer of morality – stopping ticket bots/touts https://t.co/YjWFQM64Eb

Bots/touts fleece fans by reselling tickets for a higher price. She's not stopping them, she is replacing them. She is fleecing her own fans

As pointed out by Jezebel, the Taylor Swift Tix sceme is “messed up for a few reasons. First of all, it makes getting tickets for a Taylor Swift concert into a game in which people with the most money get ahead. And where are you getting ahead to? Just the opportunity to buy a ticket.”

What do you think of Ticketmaster's Taylor Swift Tix scheme? Are you planning on participating in the program to score some Taylor Swift concert tickets? Let us know your take on the situation—sound off in the comments below.