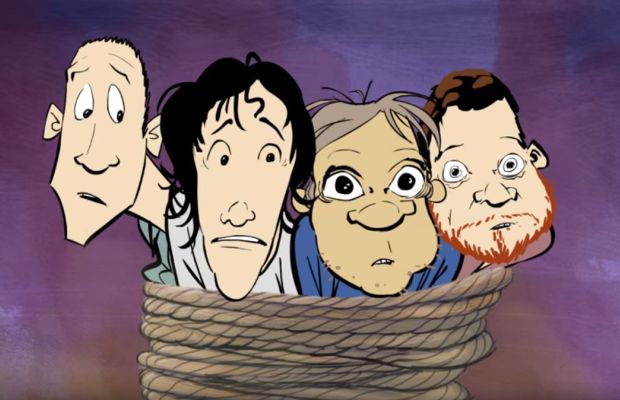 Enter Shikari are sharing a brand new music video today for their typically eclectic single, “There’s A Price On Your Head.” The track is taken from the band's fourth studio album, The Mindsweep, which was released at the start of the year through Hopeless Records.

The video, which was directed and animated by Peter MacAdams, is bizarrely entertaining to say the least, in line with their video for “The Slipshod,” also done by MacAdams. You can view the band's newest visuals—which take some cues from Marty McFly and Doc Brown from the Back To The Future franchise—below.

You can purchase The Mindsweep on the band's website where you'll also find their all of their upcoming European tour dates.