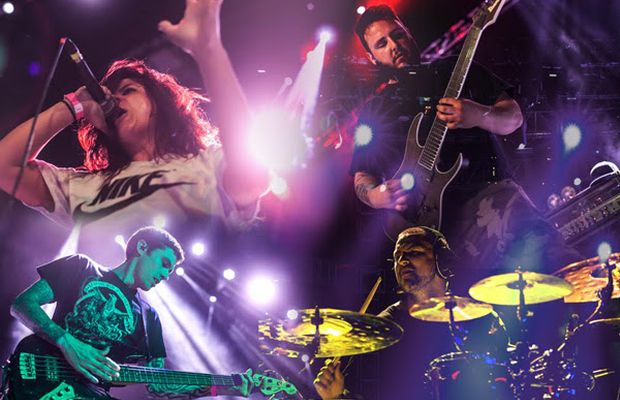 It's been less than a year since the Bay Area-based ENTHEOS burst onto the scene with an impressive lineup and the news of a forthcoming, debut EP. That lineup consists of some of the most talented musicians in the technical and progressive death metal scene: vocalist Chaney Crabb, guitarist Frank Costa (ex-Animosity), bassist Evan Brewer (ex-Animosity, ex-The Faceless) and drummer Navene Koperweis (ex-Animosity, ex-Animals As Leaders). The collective caliber in experience and creative prowess is imposing to say the least.

Read more: Between The Buried And Me stream new prog epic, Coma Ecliptic

This week, the four-piece have announced their signing with Sacramento indie label Artery Recordings. “We're super thrilled to have signed to Artery Recordings,” the band shared in a press release. “They have 100% faith in our artistic creativity, and in a very short amount of time, have proven to be a force worthy of joining. We're all looking forward to delivering our passion to the world.”

You can stream ENTHEOS' debut EP, titled Primal, below. If you enjoy tech-death with plenty of groove and the occasional electronic elements, it should be right up your alley.