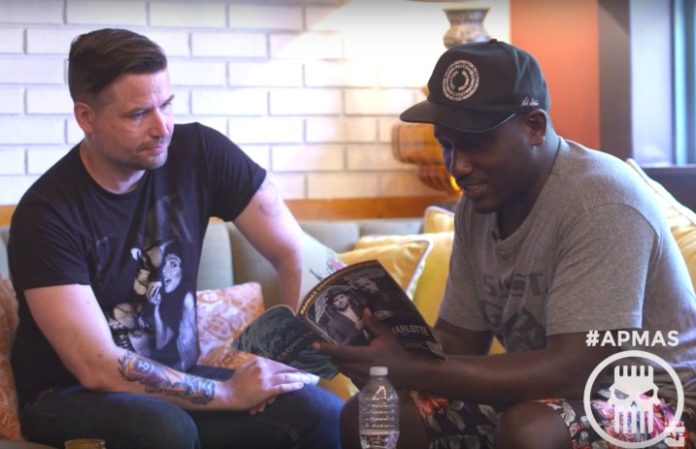 The Eric Andre Show is a raucous, anarchic, punk spirited deconstruction of late night talk shows, with bizarre celebrity impersonators, man on the street bits that make MTV's Punk'd look lazy and at least one musical guest asked to make a human centipede. Hannibal Buress acts as deconstructionist Ed McMahon, throwing jabs at the host with his trademarked laid back observations, as brilliantly hilarious when done with layers of insight as when delivered in a single word, like “whack.”

AP's Ryan J Downey had a chance to visit the set of the Eric Andre Show, which will have its season 4 premiere August 5 on Adult Swim. Downey was able to get the two comedians to weigh in on APMAs artists like The Used, Good Charlotte, Fall Out Boy and more.