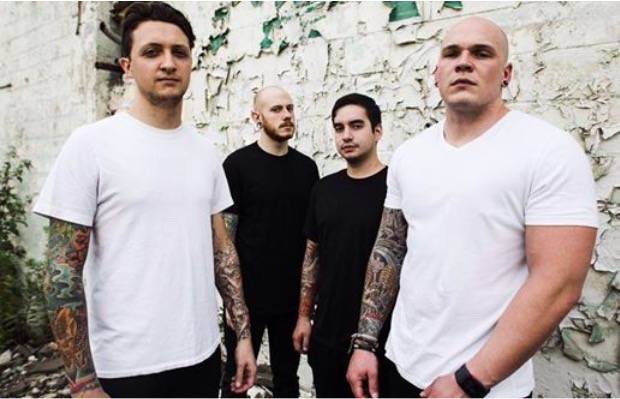 Sumerian Records prog-metal band Erra have announced that their vocalist, Ian Eubanks, will be leaving the band after their upcoming tour in support of TesseracT and the Contortionist alongside Skyharbor. Due to the stress on his vocals from touring and recording, Eubanks plans to get some much-needed rest before working on a solo release. Erra notes, though, that they have already recorded a new album with a replacement vocalist who they have yet to name.

Below, you can read a full statement from the band and one from Eubanks as well.

“Hey everyone, we're sad to announce that the upcoming tour with Tesseract will be Ian's last tour with the band. He's had issues with hurting his voice, and we're all legitimately concerned about him doing severe long-term damage to it by continuing to scream. This situation has been difficult for all of us, but it is absolutely being handled the correct way even if it isn't the easiest way.

The good news is that we have already recorded our new album in its entirety with our new vocalist and have zero doubt in our minds that you guys will be very stoked about the results (more news on that in the coming months).

It's been a tough year-and-a-half, what with all of the member changes, but I think these circumstances are the ultimate test as to whether or not these kinds of things hurt your band or make you better than before. I don't think we could have possibly bounced out of this dilemma in a better way than we have. Genuinely, this is the most promising the band's future has looked thus far and we are ecstatic for you guys to hear the evidence of that in the new album. We are super proud of it.

Thank you for your support, and please come out to the Tesseract tour to give a proper farewell to Ian in person!

“It is with a heavy heart I have to share this news. After this tour, I will no longer be the vocalist for Erra. After many close calls, it finally became clear that my voice could not handle the stress of recording and touring. I've had this burden to keep since August, and it has often manifested in unhealthy negative emotions.

I have lost two friends this year, my place to live and my band. Losing Erra has been the most difficult to deal with, as I had put so much of myself into it. It was my calling, it had started to become my identity and I had finally found what I was put on this earth to do. Losing the physical ability to do so has forced me to reevaluate many things, mainly, what is most important to me.

I can't thank my friends and my family enough for being there in my times of need. I have spent many sleepless nights and shed many tears trying to figure this all out. The only comfort I could find was in the arms of the people I love most.

I feel I am finally getting close to being at peace with this, although I will always miss being out on the road with my brothers, meeting all of the people who supported the band, making friends all across the world and pouring everything I had into performing on stage.

There is a silver lining to this cloud, as I have been making preparations to begin recording a new solo album. I look forward to being behind a guitar and hope to be on stage with the poison kitchen again soon.

I love you guys, come out to a show and give me a hug or take me to your gym!

The band's final tour with Eubanks at the helm begins next week on November 2 in Philadelphia. All dates for the run can be found below.