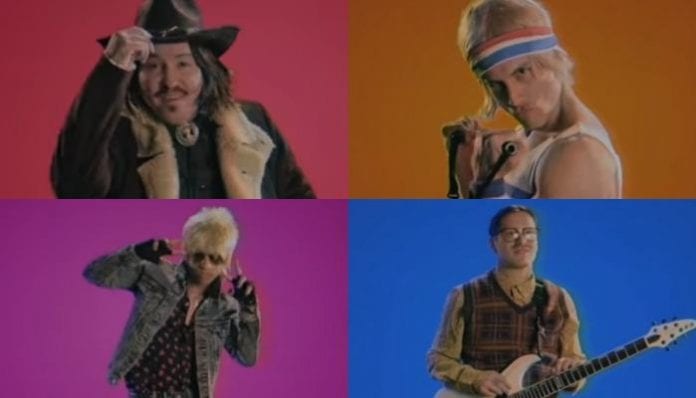 gnash released a new version of “imagine if”—plus, don’t miss Potty Mouth’s new single. Check out the news you might have missed today below!

Smoke Signals released a brand-new single, “Seek The Light,” earlier today. The song was inspired by those who are rejected by society. This is their third single since 2016’s Anxiety. The band will be performing in Memphis, Tennessee, May 19 in support of Spite and Fallujah. Tickets can be found here.

In a video filled with dogs, cats, a pony and more, Potty Mouth dropped a new single “Starry Eyes” off their forthcoming LP. Following “22,” the new anti-love song is the second track to be released from the band’s second upcoming album SNAFU, due out March 1. The album is available for preorder now. The trio begin tour today, and tickets can be found here. Check out if they’re headed to your city below.

After teasing fans for the past week, Escape The Fate released a new music video for “Do You Love Me?” The track is featured on the band’s most recent LP, I Am Human, and you can buy the album here. The band are set to go on tour supporting Attila this spring, and tickets are available on their website. Check out the dates below.

In celebration of Valentine’s Day, gnash has released a new version of “imagine if” featuring singer-songwriter Ruth B. gnash recently released his debut full-length album we, which can be purchased here. He’ll be going on tour in Europe this March, and tickets are available on his website. Check out where he’ll be headed below.

Lights and producer Felix Cartal teamed up to release a brand-new single “Love Me.”  The track is the first collaboration between the two artists. Before this, Cartal’s last release was single “Mood” taken off his most recent album Next Season. Lights will be performing at Slam Dunk Festival in the U.K. this May. Tickets can be bought here.