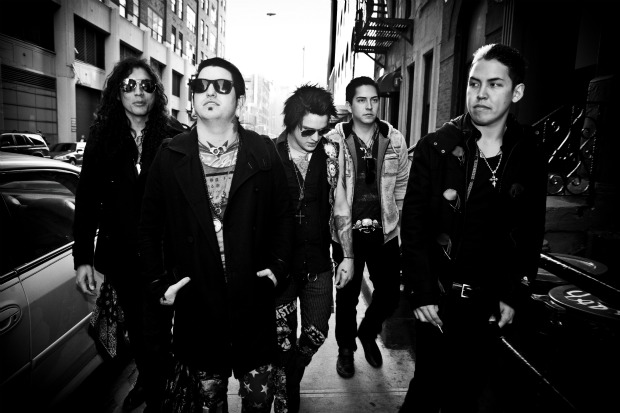 UPDATE: January 1, 2013 at 10:50 a.m. EST
Escape The Fate have announced the support artists for the January 6  free show at The Roxy noted in the original post below. Support artists will include As Thick As Thieves, Eyes Set To Kill and a DJ set from former Attack Attack! vocalist Caleb Shomo (performing as CLASS.)

Fans can pick up their wristbands for free entry to the show at SoundCheck Hollywood music store in West Hollywood:
8872 W. Sunset Blvd.
West Hollywood, CA

ORIGINAL POST: December 17, 2012 at 5:17 p.m. EST
Escape The Fate have announced their signing to Eleven Seven Music. The band plan to release a new album through the label in spring, 2013. Of the signing, vocalist Craig Mabbitt says, “We are excited to be working with Allen and all the people at Eleven Seven Music and having Monster partner with us in 2013! We are stoked to get shit rolling again and we are thankful for all our fans that have stuck with us during this down time. We hope everyone is ready to go hard with us in 2013.”

Additionally, they have announced that they will play a free show at The Roxy in Hollywood on January 6. Wristbands for entry to that show will be available starting December 21.

Check out a teaser video titled “Ungrateful” below: