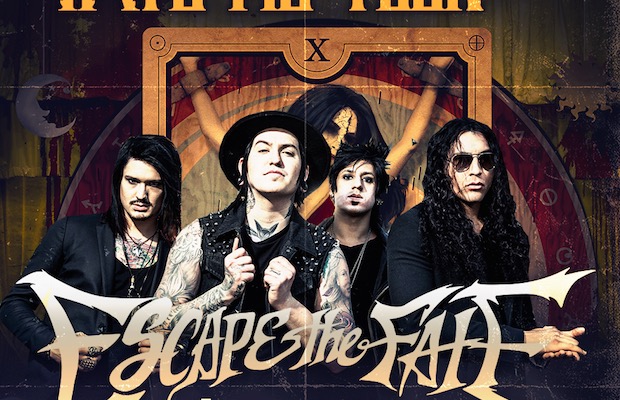 Escape The Fate will release their new studio album, Hate Me, October 30 via Eleven Seven Music.

“Lyrically, a lot of these tracks are based around the hate we’ve received over the years and just embracing that and using it to our own advantage,” shares frontman Craig Mabbitt. “I’ve had to step up to the plate lately, for the fans as much as anything else, because they take the name Escape The Fate very seriously and I owe them something for that, for all the support they’ve shown us over the years. It’s very humbling for me to be able to listen to this collection of songs and think about where we’ve come from and what we’ve been through to get to this point.”

The LP’s lead single, “Just A Memory,” is available for streaming below. You can download the track for free over the course of the next 48 hours.

“It’s the start of a new era for us,” adds Mabbitt. “We’re getting back on our feet, putting our middle finger up to the world and proving ourselves individually and collectively.”

Additionally, to support the album, ETF will embark on a headlining tour with A Skylit Drive, Sworn In, Sirens & Sailors and Myka Relocate this fall. Check out a full list of details.