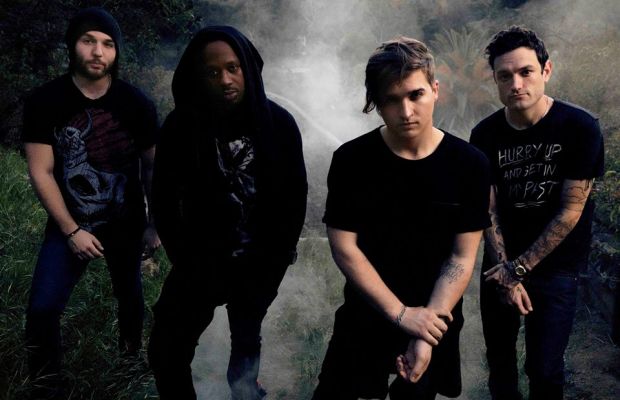 Due to undisclosed health reasons, Ghost Town's electronics maestro Evan Pearce has announced his departure from the Hollywood-based four-piece. The band has revealed via Facebook that they will continue on as a trio for the time being. The band's initial statement can be read below along with follow-ups from each individual member explaining their feelings about the situation.

Everyone at AP wishes Evan the best of luck and a speedy recovery.

Ghost Town regret to announce the departure of Evan Pearce due to health reasons.

Evan explains, “Touring has always been difficult for me due to my health and I can no longer continue to tour at the pace demanded by the success of Ghost Town without it further affecting my wellbeing. Kevin, Alix and Manny have all been great and I hope we'll have the opportunity to collaborate again in the future. I would also like to thank all the Ghosts out there for your support.”
Evan will focus on continuing his success as an LA based producer and songwriter. He and Kevin will continue to share a house.

Ghost Town said, “This is a sad day for us. Evan has been an integral part of our success to date, but his health has to be his number one priority. We wish him all the best and look forward to his future success and hopefully working with him again at some point in the future.”

Kevin Ghost, MannYtheDrummer and Alix Monster will continue as a three piece. They are currently putting the finishing touches to Ghost Town's third album, due for release this fall. ‪#‎OnceAGhostAlwaysAGhost‬

Evan is my big brother. He's taught me so much since I've spent everyday for the last 3 years with him. I will always support him in whatever he does creatively and I am excited to continue to work with him on other projects! I'm sending all my positive vibes his way through this whole thing. Love you dude! – Kevin

This has been a hard thing to deal with. Having created this band with, Evan, since the get go, it is hard to think of a future without him continuing right beside us. But this decision is the best and healthiest for him and the band. We both support each other 110% in this moving forward and Evan will always be a part of the Ghost Town family. That will never change! – Alix

Evan is and will always be my homie, it's been amazing working with him so far and I'm honored to have founded a rad band with him. As he gets better, I wish him nothing but the greatest life and as he knows I'll always be here for him and love him like a bother. Get better kid! – MannY