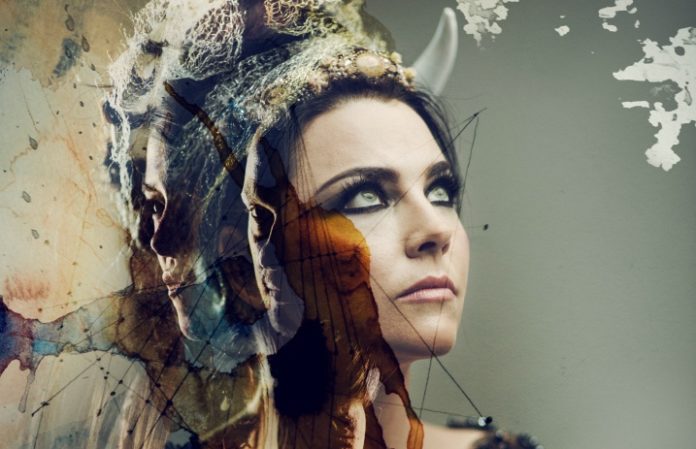 When Amy Lee teased Evanescence's new album, Synthesis, she mentioned how the band would be “stripping out the rock drums and replacing it with full orchestration and a completely synthetic world of beats and sounds,” and now we have a chance to hear what that sounds like with the release of “Imperfection.”

If there's one thing we particularly enjoy about “Imperfection,” it's how it's the perfect mixture of classic Evanescence along with mixing in their new sound and that's clear within the first thirty seconds of the single. The song begins with the recognizable sound of piano before immediately jumping into a more electronic based sound. The quick pacing of Lee's voice almost provides a suspenseful feel that's only relieved when Lee hits those long notes that she can hit so well.

“Imperfection” is one of two new songs that will be featured on the band's upcoming fourth album, Synthesis, and we're already excited to hear what the other new song is going to sound like.

While this album will feature songs from Evanescence's previous albums, Lee explains that these won't be remixes meaning that we'll get to hear our favorite songs in an entirely new way. She also explains why they titled the album, Synthesis.

“It is the synthesis, the combination, the contrast, the synergy between the organic and the synthetic, also the past and present.”

Listen to “Imperfection” below!

Evanescence’s forthcoming fall tour will feature a reimagining of some of the band’s best-loved songs, with a spotlight on the full orchestra and electronics combined with the band.

“This will be our first time touring with an orchestra and I'm so excited to perform this way-really focus on the vocals, and the emotion and the story we've built over the years,” Lee says. “I’m also really excited about the new material on the album. Besides the two new songs, there are some really beautiful instrumental in-between moments. The whole thing flows like a big, dynamic soundtrack.”

What did you think of “Imperfection?” Let us know in the comments!