At the end of November, Every Time I Die guitarist Andy Williams made his on-air debut with All Elite Wrestling and now he’s set to participate in his first match on the show.

Andy “The Butcher” Williams will be appearing in a tag-team match happening live next Wednesday on TNT.

The guitarist and wrestler has been working in the sport for a while now and in June 2015, he took on pro-wrestler TARIK. That same week, the guitarist went up against Jimmy Havoc at Download Fest, where he powerbombed the wrestler through a table.

On Nov. 27, the team blindsided All Elite Wrestling Executive Vice President Cody Rhodes on the wresting company’s AEW Dynamite. They were joined by Laura Dennis (Allie, The Bunny) and met with boos from the crowd. You can see that below.

Now the crew are set to fight against Rhodes and Q.T. Marshall who they were allowed to choose as the former’s partner for the match.

The fight is set to take place this coming Wednesday (December 11) and you’re not going to want to miss it. Check out the promo for the upcoming match below.

Sounds like someone’s got an issue with @CodyRhodes 🔪⚔️🐰#AEWDynamite pic.twitter.com/OMqNx0XKjj

The tag team will also be making an appearance at Every Time I Die’s ‘Tid The Season holiday show on December 13 and 14 at Buffalo Riverworks. They’re continuing their tradition of hosting wrestling matches on the 14th which the duo will participate in.

Are you excited to see the Every Time I Die guitarist in his first-ever wrestling match on AEW next week? Let us know your thoughts in the comments below. 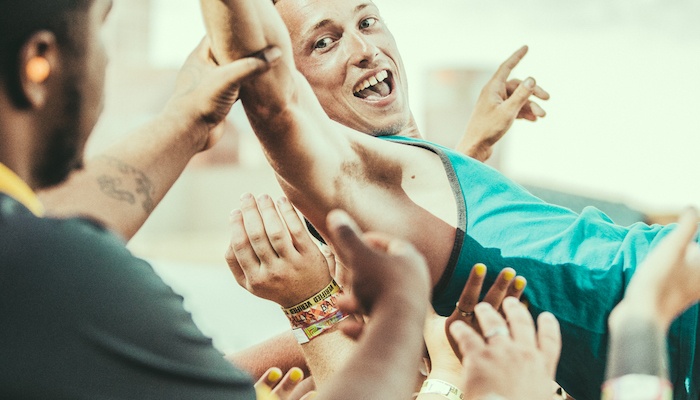 Tom DeLonge and the internet react to that ‘Great British Bake...