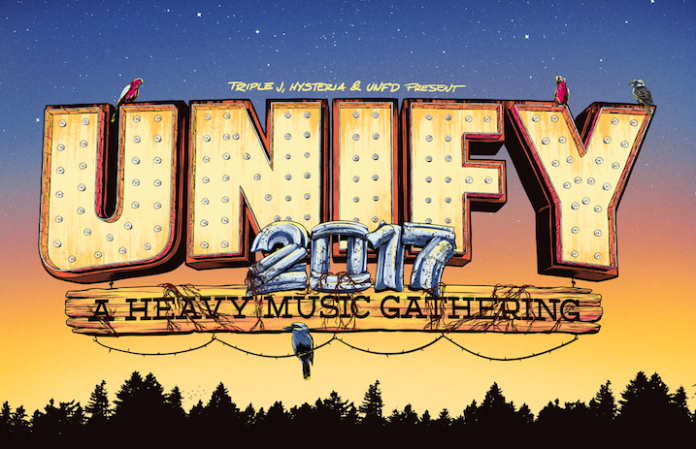 Acts include Every Time I Die, Alexisonfire, letlive., Thy Art Is Murder, Moose Blood, Counterparts, Northlane, Trophy Eyes and more. Check out the awesome full lineup below!

Presented by triple j, Hysteria and UNFD, general admission goes on sale Friday, June 24 at 12:00 p.m. AEST here. The festival began in 2015, and, since then, has completely sold out. Unify will take place in the small rural town of Tarwin Lower on January 13, 14 and 15.

Watch Hysteria Mag's documentary about the festival and last year's wrap up below the lineup.

Watch more: A Day In The Life Of letlive.