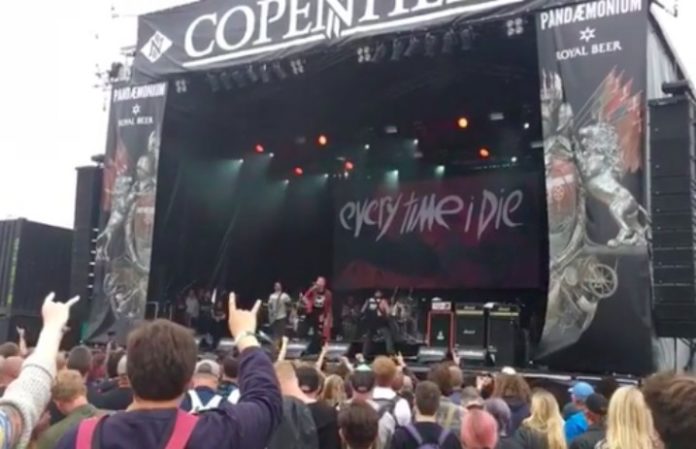 Every Time I Die have enlisted new guests vocalists for a few European shows, including Sam Carter from Architects!

Check out some footage from Carter's awesome performance below.

After the hospitalization of his daughter Zuzu, frontman Keith Buckley had to fly home to the US and left the band without a vocalist. According to Buckley's twitter account, little Zuzu is now back home and will soon be “back on her bullshit.”

from the bottom of our hearts, thank you to everyone who has reached out concerning Zuzu. she is home and soon will be back on her bullshit

While Every Time I Die did have to cancel a few shows in Europe, they have been playing most of their scheduled dates with awesome guest vocalists, including Trap Them‘s Ryan McKenney, SHVPES‘ Griffin Dickinson and The Devil Wears Prada's Jeremy DePoyster.

At Download Madrid, Liam Cormier filled in and a fan caught this video of them performing “The Coin Has a Say.” Check it out below!

The guest vocalist we're most psyched about happened this past weekend at Copenhell in Copenhagen. Carter from Architects filled in on vocals and it sounded amazing! Watch the video Carter posted to Instagram of the performance below.

We think Carter totally killed it! What do you think? Who would you like to see do guest vocals for Every Time I Die? Let us know in the comments below!