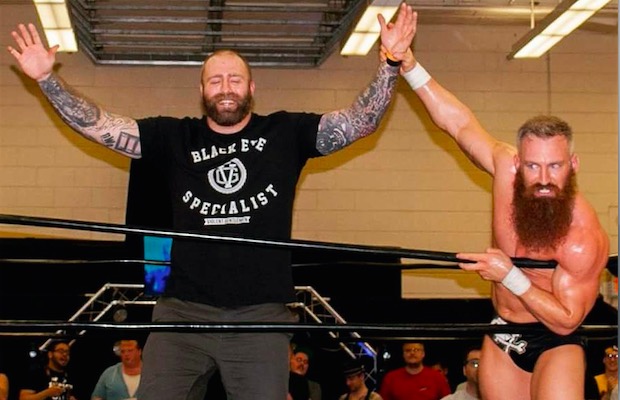 Over the weekend, Every Time I Die guitarist Andy Williams found himself in the middle of a wrestling match, pitted against an eager opponent. (It must've been one of those weekends.) As you can imagine, things didn't end well for the other guy. Watch a video of Williams cutting to the chase and ending things in one boss-move below.

Video: Watch Every Time I Die guitarist eat a rotten sausage (that’s been run over by a car) for money

Putting the pro wrestling world on notice. @andycomplains from @everytimeidie has my back. #etid pic.twitter.com/aUUZ4yJ65F