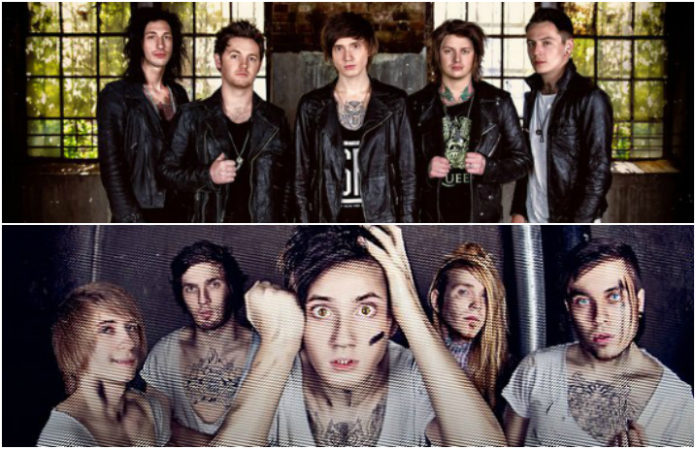 “For anyone who keeps messaging me or tagging me in comments about the Asking situation, yes I’ve know about it for a while now and all I can say is. I TOLD YOU SO.
Cheers.”

“We four members were never treated like equal musicians to Denis Shaforostov. According to Denis, he was the only member in the band and he treated the rest of us as unpleasant as humanly possible, it was not fun being in a band with him… Denis would also expect to keep a larger portion of any band income, in return he would treat us disrespectfully and give everyone in the band and the bands team an everlasting negative attitude… In summary, Denis has some issues and according to Denis, the fault to his issues is everyone and anyone but himself.”

Following his origninal Facebook post, Boles says Stoff demanded “millions of dollars,” and that he had a conversation with Asking Alexandria drummer James Cassells before they picked him up “and it all came true.”

In Bruce’s video broadcast yesterday, he says that the industry and fans alike “told us these different things about Denis’ past,” but they wanted to give him “the benefit of the doubt.”

The rest of his statement regarding Stoff’s exit is below. Read the entire transcript here.

“When Denis first joined the band a year, year and a half ago, people within the music industry and fans alike, they all told us these different things about Denis‘ past, and we got many warnings and we said, that’s his past forgive and forget, we don’t know any of that side of things. So we gave him the benefit of the doubt and you know, there’s no smoke without fire and I guess we found that out the hard way.

I’m not gonna sit here and talk shit on Denis, he came into this band and he was amazing for us at the time. We had a blast with him, we had the best time ever. As far as we could see everything was going great, obviously it wasn’t. There’s not really anything we can do about that. We once again have been left in a rather shitty situation and we’ve picked ourselves up off the floor and we’ve continued going. Asking Alexandria is back to the way we started with the original fucking members.”