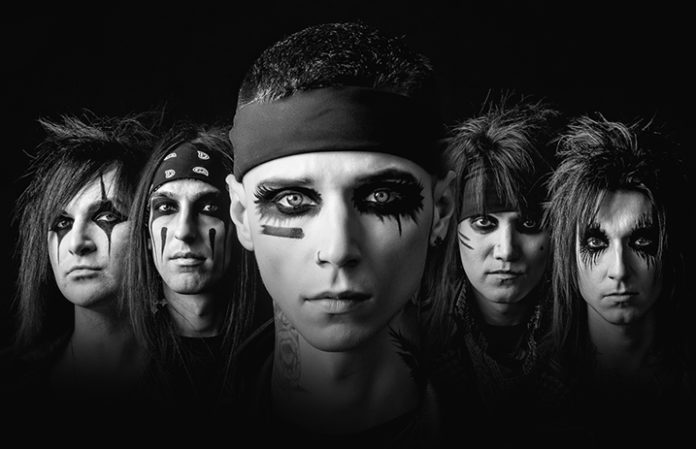 It’s here. Black Veil Brides have released their first new music since 2014’s Black Veil Brides [AKA IV]. “The Outsider” is our first taste of the band’s upcoming fifth studio album (one of AP’s Most Anticipated), and we have the exclusive first listen.

“We are so excited to share the brand new BVB track 'The Outsider' from our forthcoming fifth studio album to coincide with the latest issue of Alternative Press magazine!” shares frontman Andy Biersack. “We are in the mixing stages of the record, but in the meantime, we hope you enjoy this song!”

Speaking of the new record, we have the first look of what’s to come in our latest issue featuring Black Veil Brides on the cover.  We spoke to every member about their personal stories in making the record, as well as their opinions on previous BVB albums, who’s really the biggest rockstar and some of the weirdest things fans have said to them. We also hacked into their camera rolls to see the photos that defined their year and set up a matching game to put your BVB knowledge to the test!

Plus, our bundles include an exclusive, free tote featuring lyrics from “The Outsider.”

Check out the new track, our new covers and grab your copy of our Black Veil blowout issue below!